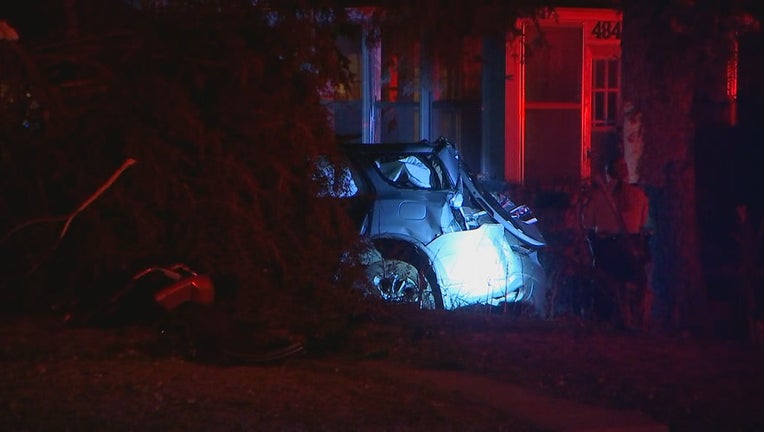 A vehicle crashed following a police pursuit for an armed robbery in Edina, Minnesota. (FOX 9)

EDINA, Minn. (FOX 9) - An armed robbery at a CVS pharmacy in Edina, Minnesota led to a brief police pursuit, which ended in a car crash in a Minneapolis neighborhood, according to an Edina official.

Minutes later, police found the suspect car near 50th and Xerxes. After a short pursuit, the suspect vehicle lost control, went off the road and crashed into a yard between houses at 49th and Xerxes in Minneapolis. Bennerotte says the crash caused some property damage.

Both suspects were arrested and taken to HCMC to get evaluated.