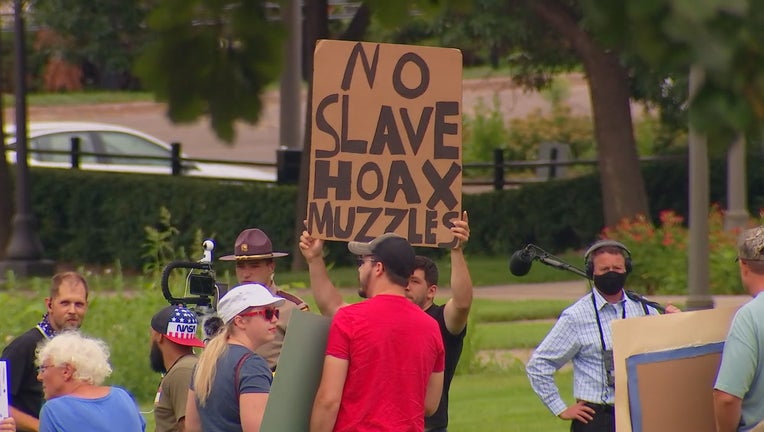 ST. PAUL, Minn. (FOX 9) - Rallies at the Minnesota State Capitol on Saturday pushed for and against Minnesota mask mandate.

Saturday, groups gathered on the state capitol to show their support and disdain for the new requirement, with some protesters calling the mandate an overreach by the state while others argued the mandate was needed to slow the spread of the virus in Minnesota.

Despite some tense moments between the two opposing groups, the rallies remained mostly peaceful.