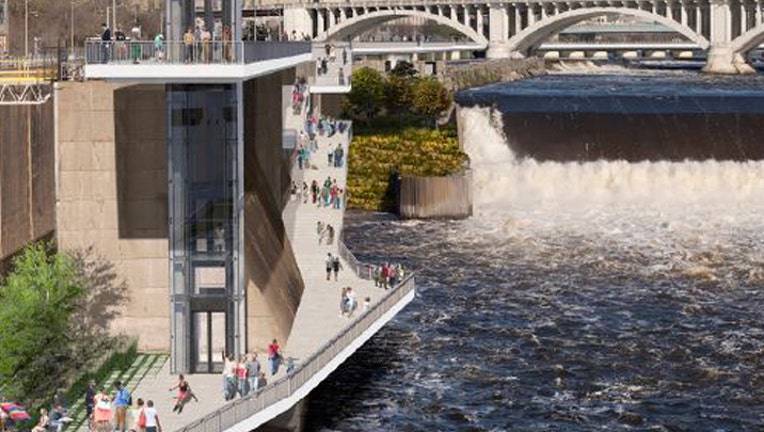 "The Wishbone" promenade would give visitors a unique look at the Mississippi River in Minneapolis. ( RSP Architects )

MINNEAPOLIS (FOX 9) - An effort to revamp a popular area along the Mississippi River is in the works. It’s a promenade called the Wishbone, and it would allow people to walk above St. Anthony falls in downtown Minneapolis.

The Mississippi is already a year-round attraction, so the idea to build a walkway along the entire upper edge of St. Anthony Falls has its appeal.

The proposed Wishbone promenade aims to give a unique look at the Mississippi River in Minneapolis.

“The best thing about Minneapolis is all the trails and the parks,” said resident Liz Herrity. “Anything that makes the city more beautiful and encourages people to be outside…I think it’s great.”

Designed to complement the water, the Wishbone is a pedestrian promenade named for its shape. It is the brainchild of RSP Architects in Minneapolis.

“[We wanted] access to the only falls in the Mississippi in a way that was dynamic and dramatic,” said Jim Norback, who presented the Wishbone plan to the Hennepin County Board.

RSP Architects has been developing the concept for two years as a way to reuse the old mooring pilings from the lock and dam, which closed in 2015. Rather than remove them, the group wants to build the walkway on top of them. 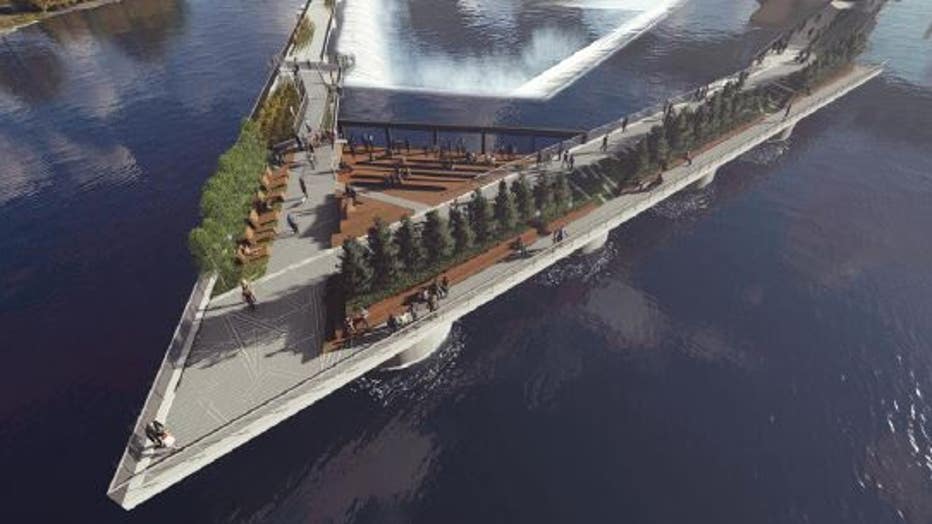 The Wishbone promenade would give a unique look at the Mississippi River. (RSP Architects)

Commissioner Mike Opat said there would be a lot of entities involved in the project, complicating the process, but many have expressed support so far.

“I think it’s always our duty to honor that land and honor how sacred it is to the Dakota people of this land,” commissioner Angela Conley said.

This meeting marked the first public presentation. The Board still has yet to decide whether to proceed on the Wishbone project.

For more information on the proposed walkway, click here.