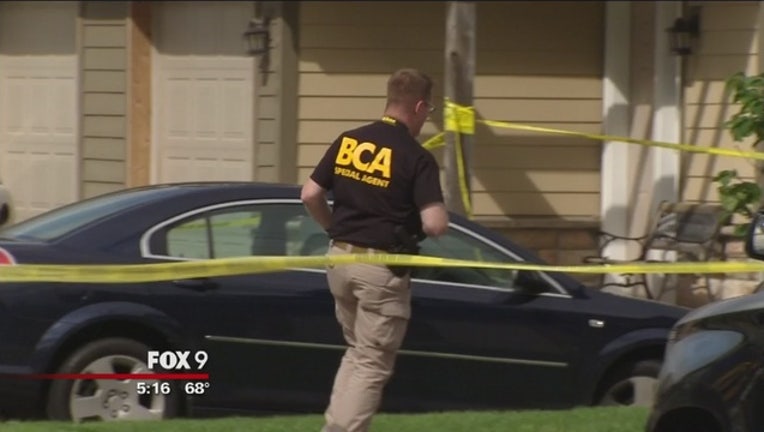 MAPLEWOOD, Minn. (KMSP) - Police have named a suspect in the shooting death of a 41-year-old Maplewood, Minn. woman.

Todd Larry Tennin, also referred to as “Larry Todd Tennin,” 31, was previously unnamed but considered a person of interest in the death of his wife.

Maplewood police said April Marie Tennin was found dead with an apparent gunshot wound in a residence on the 1700 block of Woodland Lane after 6 a.m. on Sunday. Three children, ages 12, 15 and 16 were home at the time of the shooting.

Police said Tennin was in the home when the shooting occurred, then left. His car was found at a residence in Brooklyn Park and police believe he left that home in another vehicle, which was located Monday morning. Police added the Tennins were arguing before the shooting.

Tennin is also wanted on a warrant issued by the Department of Corrections for violation of the terms and conditions of supervised release. Tennin has been convicted of second-degree assault, disorderly conduct, malicious punishment of a child, illegal firearm possession, among other things.

“Under the current circumstances and based Mr. Tennin’s extensive history of involvements with the criminal justice system, we regard him as a risk to public safety,” said Maplewood Police Chief Paul Schnell.

Anyone with information as to the whereabouts of Todd Larry Tennin is asked to call the Maplewood Police Department at 651-249-2600 or 9-1-1. Information can also be anonymously provided by texting the keyword MAPLEWOOD followed by the tip information to TIP411 (847411).