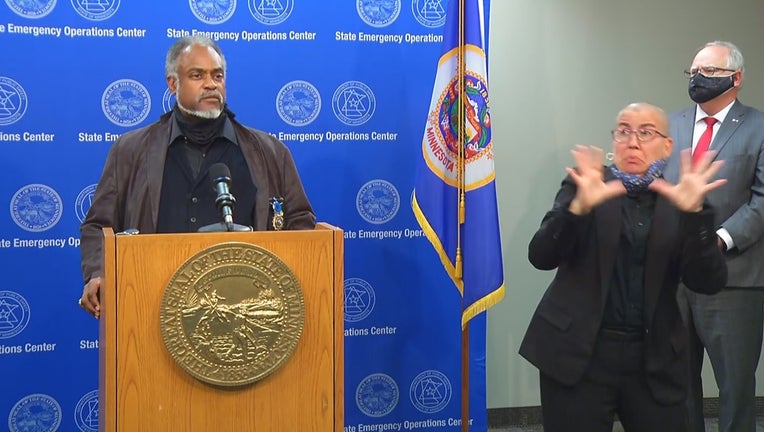 ST. PAUL, Minn. (FOX 9) - The Department of Public Safety warns flammable liquids and materials have been found near sites of destruction in the Twin Cities and elsewhere in recent days.

According to Commissioner John Harrington, investigators have recovered caches of bottles of gasoline and oil near sites of fires in the metro and greater Minnesota.

Sometimes the materials have been hidden in grassy areas or in boxes that have been discovered.

At the same time, Harrington says authorities are aware of a number of stolen vehicles being used in the Twin Cities to transport materials like these, items that have been looted, and other weapons.

Harrington says the discoveries show some organization among the people wreaking havoc in Minnesota.

Harrington says, as of Sunday evening, police had made 143 arrests as police enforce curfew. He along with other leaders are asking the public to remain home for the night.

"I will ask you, I will beg you," said Harrington. "Please stay home."

Sunday's curfew remains in effect until Monday morning at 6.