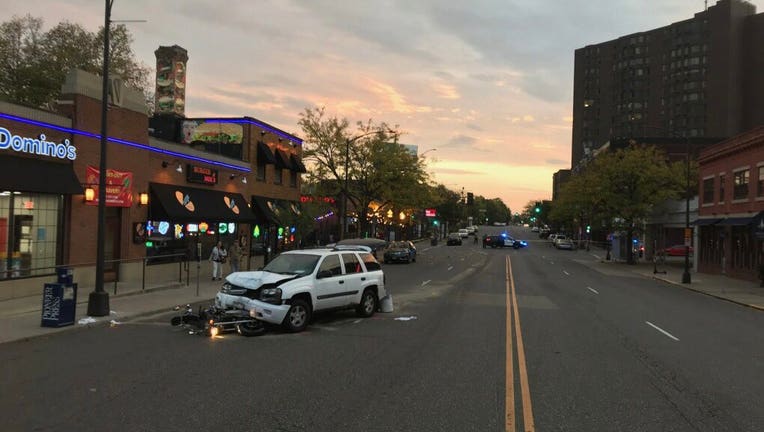 According to St. Paul police, at 5:45 p.m., an SUV was heading east on West 7th Street when the driver struck a motorcyclist at Walnut Street.

The SUV driver fled the scene but was taken into custody a short time later.

The motorcyclist and his passenger were transported to the hospital with non-life threatening injuries.

Police say alcohol is believed to be a factor in the crash.