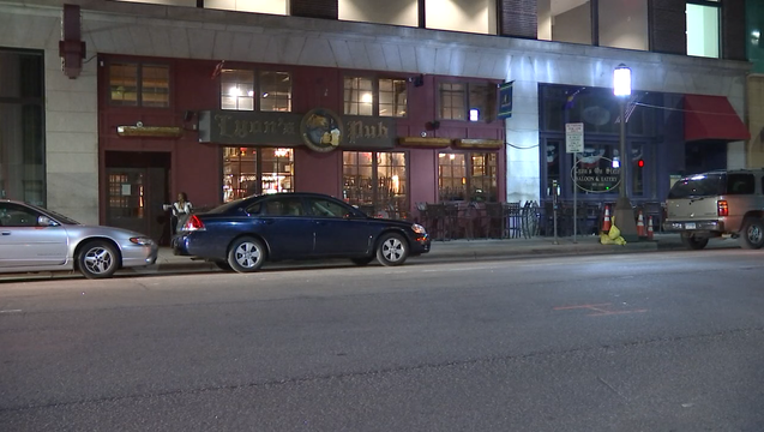 According to police, the suspect was arrested on Friday and transported to the Juvenile Detention Center. He is expected in court on Monday.

Shortly before 8 a.m. on May 13, a 31-year-old bystander was left injured after the shooting outside of the pub where a group of young people were arguing with one another.