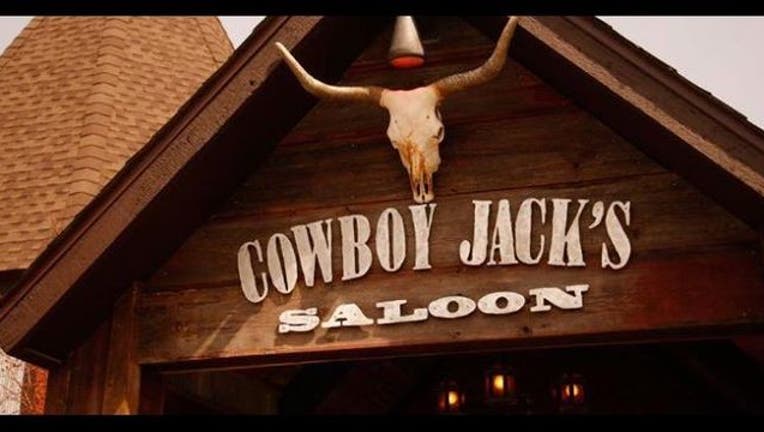 The move comes after data compiled by the Plymouth Police Department shows the bar is connected with dramatically more drinking-related police incidents than other establishments in the city.

According to "Place of Last Drink" numbers complied by law enforcement, out of 57 alcohol-related police calls last year where suspects or victims identified the last bar where they had a drink, 43 of them involved Cowboy Jack's.

Way back in a distant second place is East Shop/Digby, which was connected with just four incidents of that sort.

In addition, out of 16 Plymouth DWI cases last year in which suspects identified a POLD, 13 of them came from Cowboy Jack's.

Here's a table containing the numbers (via the Plymouth PD):

In response, the Plymouth City Council placed the following condition on Cowboy Jack's liquor license during a meeting late last month -- the bar cannot be the place of last drink for suspects involved in disorderly conduct, assaults, driving while intoxicated, or medical incidents involving intoxication on more than three occasions in any consecutive three month period.

Plymouth Deputy Police Chief Dan Plekkenpol tells us that condition isn't meant to discourage employees from calling police when tomfoolery happens at Cowboy Jack's. Instead, it's meant to raise awareness among staff members about when a patron may need to be cut off.

A representative of Cowboy Jack's owner, The After Midnight Group, didn't immediately respond to a Fox 9 voicemail and email seeking comment, but AMG partner Brian Asmus told the Minneapolis/St. Paul Journal the numbers are deceiving.

"All liquor establishments could find themselves in this position if we're responsible for everyone who leaves the bar," Asmus said. "There were many [of these reports that] didn't have a blood-alcohol content in them...That doesn't really prove anything other than that customer was at Cowboy Jack's, and we have a lot of customers."