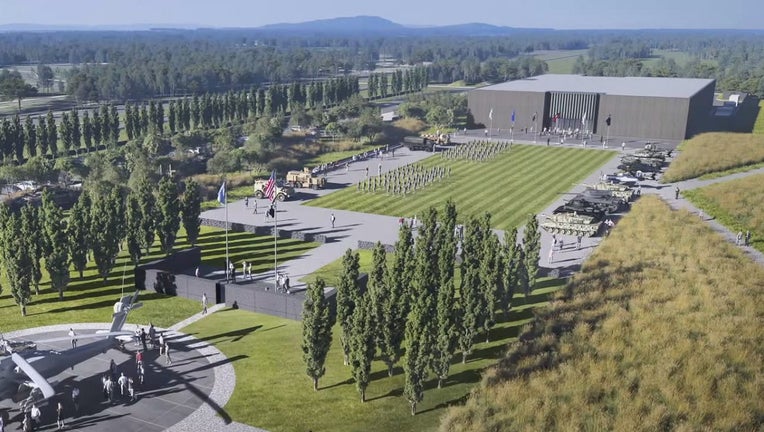 Renderings of the next Minnesota Military Museum at Camp Ripley. (FOX 9)

LITTLE FALLS, Minn. (FOX 9) - In a former officers' quarters from 1931 and surrounded by the aircraft of wars gone by sits Minnesota’s Military Museum, a museum at Camp Ripley that has been open to the public for more than 40 years.

"To really drive home and make real the experience of Minnesota soldiers since 1858," said Dietrich.

In a former officers' quarters from 1931 and surrounded by the aircraft of wars gone by sits Minnesota’s Military Museum, a museum at Camp Ripley that has been open to the public for more than 40 years.

Randal Dietrich is its executive director. He's very proud of their extensive collection of Minnesota connections and contributions, such as the first shell casing fired against the Germans in World War II by Minnesota troops in North Africa.

"It’s the story of the Minnesota veterans who have fought in wars when called upon by our nation to do so," said Dietrich.

But so many don’t know this is here or don’t realize they’re allowed to come through the Camp Ripley gates to see it. 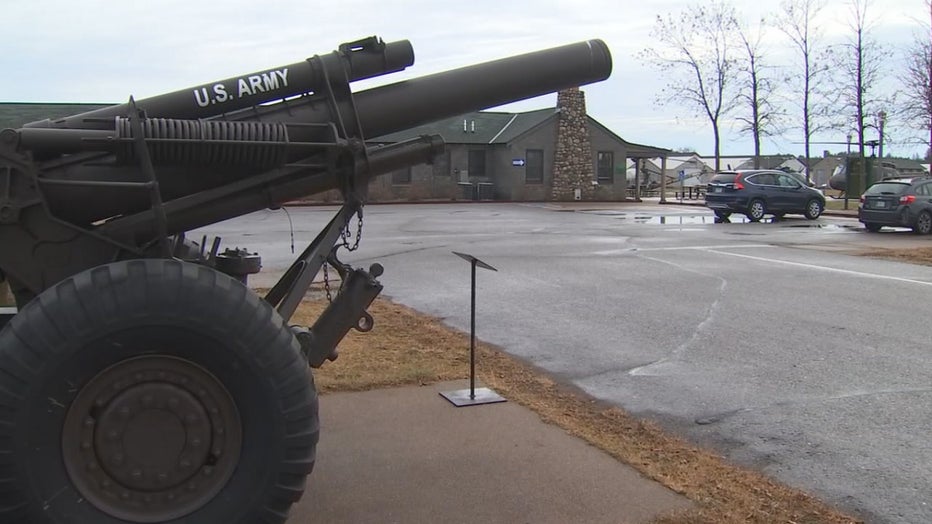 "The hesitancy of people not understanding that within the walls of Camp Ripley is a public museum and so that has been a hindrance for us for decades."

Next fall, the ground will be broken on a 40,000 square foot replacement on 32 acres of land outside the camp. Importantly, it’s right between the new Highway 371 and the old one so it’ll be hard to miss. State funding and private donations total $18 million so far but they’re still looking for contributions.

Another huge reason the bigger, better space is needed is the 80,000 artifacts from hundreds of uniforms to drawers of Congressional medals, all sitting in archive buildings that there’s no room to display them.

"You just can’t fill spaces any tighter than we’ve had to fill them here," said Dietrich.

There are not many World War II vets left. This museum hopes no one's story is ever forgotten.

"That helps Minnesotans understand our history, our heritage, and the veterans who have served," said Dietrich.

Next week is the 80th anniversary of the attack on Pearl Harbor. To honor it, the museum will host a virtual event to remember that "Day of Infamy."