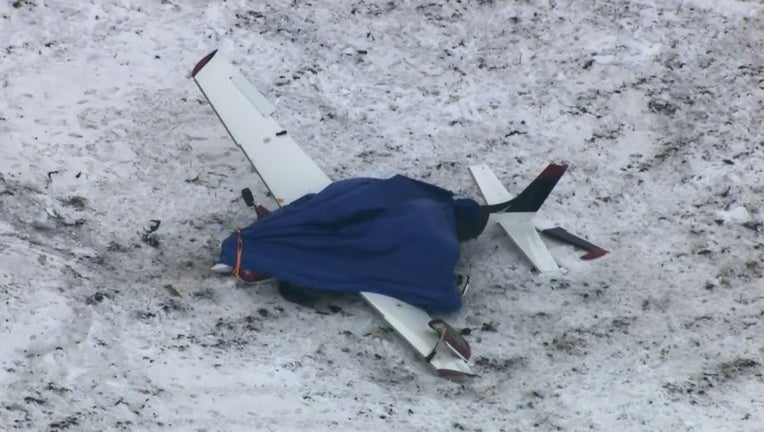 The McLeod County Sheriff’s Office identified the fatality as aircraft pilot as Richard Jolkovsky, 61, of Avon, Minnesota. The aircraft passenger was identified as Kyle Fiebelkorn, 24, of St. Louis Park, Minnesota. He is currently hospitalized, reportedly in stable condition.

The McLeod County Sheriff's Office says calls came in just after 1 p.m. for the wreck in a field near Plum Avenue and 145th Street in Hassan Valley Township.

Helicopter video shows the wreckage after a plane crash on January 31, 2022. Deputies say two men were rushed to the hospital but their condition is unknown.

At the scene, first responders removed two men from the aircraft and rushed them to a hospital. From there both men were airlifted to a hospital in the Twin Cities metro.

The Federal Aviation Administration (FAA) and the National Transportation Safety Board (NTSB) are continuing to investigate the incident.