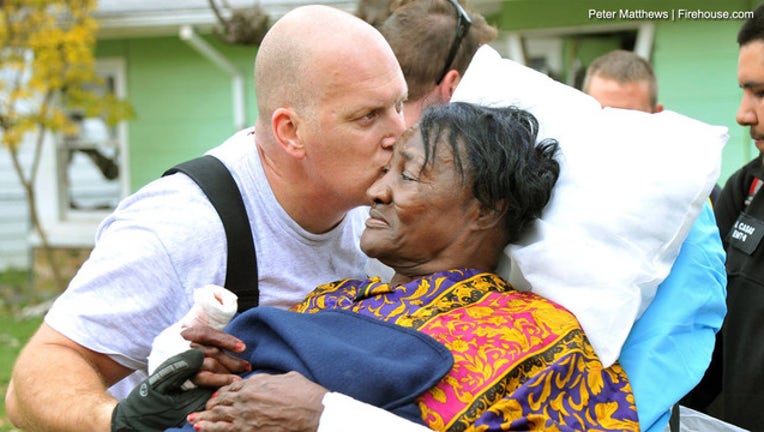 FORT WORTH, Texas - A photo of a Fort Worth Fire Department firefighter comforting the victim of a house fire on Thanksgiving Day is going viral on social media.

Peter Matthews, an executive editor for Firehouse, took the picture of Captain Larry Manasco holding 80-year-old Lula Johnson’s hand as she was being loaded into an ambulance. He reportedly gave her a kiss and told her he was pulling for her family.

Johnson escaped out of a window after home on Carmel Avenue caught fire last Thursday morning. She tried to break another window to free her husband, but couldn’t.

Fort Worth firefighters were able to rescue 79-year-old James Johnson, but he suffered smoke inhalation and went into cardiac arrest.

Both husband and wife were rushed to local hospitals.

"My mom is a warrior she is, she is strong and she is good,” her daughter Joyce Smith told FOX 4.

Family members said the couple celebrated Thanksgiving dinner last week with relatives who came into town, so they were alone in the house.