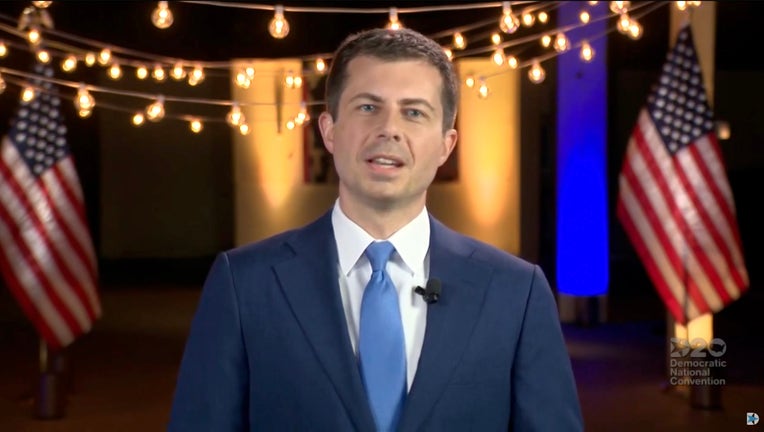 Buttigieg would be the first openly gay person confirmed by the Senate to a Cabinet post. At 38, the former mayor of South Bend, Indiana, would also add a youthful dynamic to an incoming administration that is so far dominated in large part by leaders with decades of Washington experience.

Biden said in a statement that Buttigieg was a "patriot and a problem-solver who speaks to the best of who we are as a nation."

Buttigieg tweeted his thanks saying, "This is a moment of tremendous opportunity—to create jobs, meet the climate challenge, and enhance equity for all."

Granholm, 61, served as Michigan’s attorney general from 1999 to 2003 and two terms as Michigan’s first female governor, from 2003 to 2010. She was a supporter of Biden’s presidential bid and has spoken out against President Donald Trump’s attempts to overturn the election results, accusing him of "poisoning democracy."

Their intended nominations were confirmed by four people who were familiar with one or both of the selections. They spoke to The Associated Press on condition of anonymity because they were not authorized to speak publicly before the president-elect’s announcement.

Voters cast their ballots for president more than a month ago, but the votes that officially matter will be cast Monday. That’s when the Electoral College meets.

Biden is steadily rolling out his choices for Cabinet secretaries, having already selected former Obama adviser Tony Blinken as his secretary of state, retired Army Gen. Lloyd Austin as his secretary of defense and former Fed Chair Janet Yellen as his treasury secretary. He’s also picked former Agriculture Secretary Tom Vilsack to reprise that role in the Biden administration, and Ohio Rep. Marcia Fudge to serve as housing secretary.

Buttigieg became a leading figure in national politics when he was among those who challenged Biden for the Democratic presidential nomination this year. Initially written off as the leader of a relatively small town competing against far more established figures, Buttigieg zeroed in on a message of generational change to finish the first-in-the-nation Iowa caucuses in a virtual tie with Vermont Sen. Bernie Sanders.

His campaign stumbled, however, in appealing to Black voters who play a critical role in Democratic politics. As the primary moved into more diverse states such as South Carolina, Buttigieg faltered and quickly withdrew from the race. His backing of Biden ushered in a remarkably swift unification of the party around its ultimate nominee.

As for Granholm, as energy secretary she will have a role in executing Biden’s promised $2 trillion climate plan, billed as the nation’s broadest and most ambitious effort to cut fossil fuel emissions that are dangerously warming Earth’s atmosphere.

Biden’s plan includes overhauling the nation’s transportation and power sectors and buildings to eliminate fossil fuel emissions by 2050. Biden says he will return the United States to the Paris climate accord as a first step after President Donald Trump yanked the country out of the global climate effort.

As governor, when Granholm faced an economic downturn before the Great Recession struck, she sought to diversify the state that is home to the Detroit Three automakers by emphasizing the growing "green economy." The state pushed incentives to manufacture wind turbines, solar panels, advanced batteries and electric vehicles, and she signed a law requiring that more of Michigan’s energy come from renewable sources.

After leaving office, she moved to California to teach at the University of California, Berkeley. She is a political contributor on CNN.

Biden’s selection of Buttigieg for transportation secretary drew praise from LGBTQ rights groups, with one calling it "a new milestone in a decades-long effort" to have LGBTQ representation in the U.S. government.

"Its impact will reverberate well-beyond the department he will lead," added Annise Parker, president and CEO of the LGBTQ Victory Institute.

The South Bend chapter of Black Lives Matter, however, denounced Buttigieg’s impending nomination. The group had made their displeasure of Buttigieg known during his presidential campaign, following the 2019 South Bend shooting of a Black man by a white police officer.

"We saw Black communities have their houses torn down by his administration," BLM’s South Bend leader Jorden Giger said in a statement, referring to Buttigieg’s effort to tear down substandard housing. "We saw the machinery of his police turned against Black people."

It’s long been clear that Biden would find some role for Buttigieg in his administration. The two became close during the primary, chatting before debates and other campaign events.

Biden has said that Buttigieg reminds him of his late son, Beau, who was Delaware’s attorney general before dying from brain cancer at 46 in 2015.

"To me, it’s the highest compliment I can give any man or woman," Biden said in March as Buttigieg offered his endorsement. "Like Beau, he has a backbone like a ramrod."

Now Buttigieg will play a central role in shaping some of Biden’s leading policy priorities.

Biden has pledged to spend billions making major infrastructure improvements and on retrofitting initiatives that can help the U.S. battle climate change. He also wants to immediately mandate mask-wearing on airplanes and public transportation systems to slow the spread of the coronavirus.

Infrastructure spending can be a bipartisan issue, and President Donald Trump spent years promising to push a major bill through Congress that never materialized. Instead his administration moved to soften carbon emissions standards that Biden’s team will likely work to undo as part of the broader commitment to slowing global warming.

Despite having governed a city of barely 100,000, Buttigieg was credited with transforming traffic with his Smart Streets initiative, a three-year project to convert 8 miles (12.9 kilometers) of multilane thoroughfares into two-way routes that enhanced South Bend’s downtown. The project received awards for environmental protection.

Though on a far smaller scale than the nation’s transportation systems, the project, as well as Buttigieg’s initiative to convert the city’s sewers to a smart-flow system, demonstrates what supporters praised as Buttigieg’s next-generation infrastructure vision.

The selection is in line with Biden’s pattern of picking tested, familiar figures from his time as vice president. McCarthy, 66, served as EPA administrator from 2013 to 2017 during President Barack Obama’s second term and was assistant administrator for the Office of Air and Radiation in Obama’s first term.