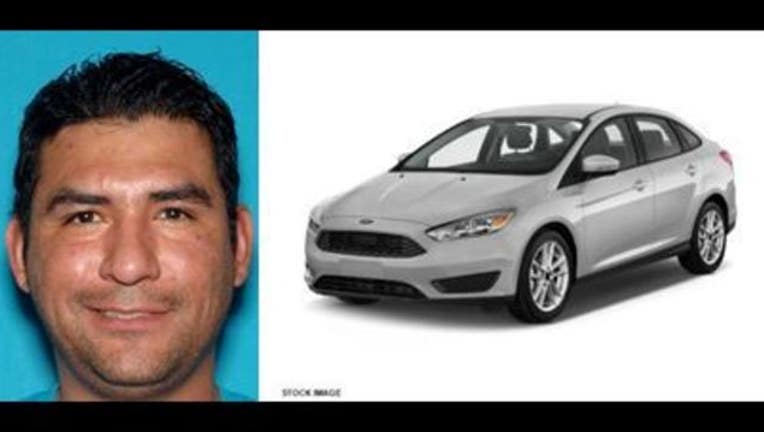 Jose Raul Herrera Torres, 35, is a person of interest in a murder in Long Prairie, Minn. He is believed to be driving a 2002 tan Ford Focus. Photos courtesy of the Minnesota BCA.

Authorities in western Minnesota are asking for the public’s help in locating a person of interest in a homicide in Long Prairie.

Neighbors last saw Jose Raul Herrera Torres, 35, with a woman outside a home on the 400 block of Todd Street South in Long Prairie around 5:30 p.m. on Thursday, according to the Minnesota Bureau of Criminal Apprehension. The pair was heard arguing a short time later.

Police were called to the home around 8 p.m. and discovered the body of a woman who appeared to have been murdered. Both Herrera and his car were missing.

Herrera is believed to be driving a 2002 tan Ford Focus with Minnesota license plate 976DYA. Authorities are not sure which direction he was headed, but he has ties to California and Mexico.

The Anoka County Medical Examiner will release the identity and cause and manner of death of the victim.

Anyone with information about Herrera or the 2002 Ford Focus is asked to contact the Long Prairie Police Department at 320-732-2156.