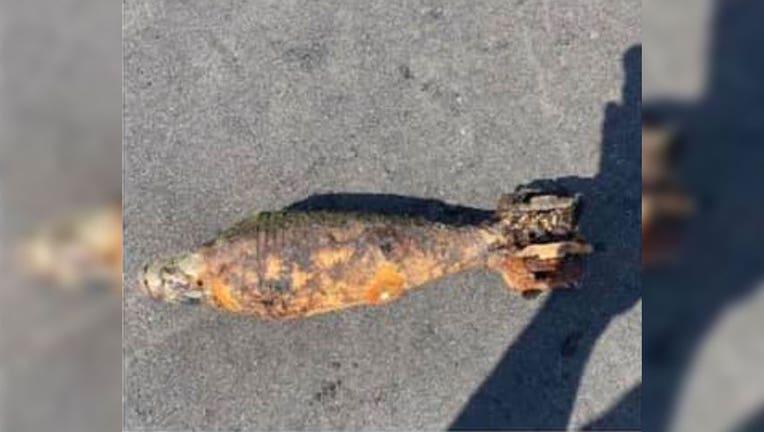 According to the Wadena County Sheriff’s Office, deputies arrived at the Nimrod Bar in Nimrod, and they learned the individuals had located the mortar at a bridge with a metal detector and brought it to the bar to show others.

The Crow Wing County Bomb Squad responded to the scene and took possession of the mortar, which authorities say may be from the Korean War era. It is unknown whether the mortar is live or not, but the bomb squad will dispose of it safely, the sheriff’s office said.