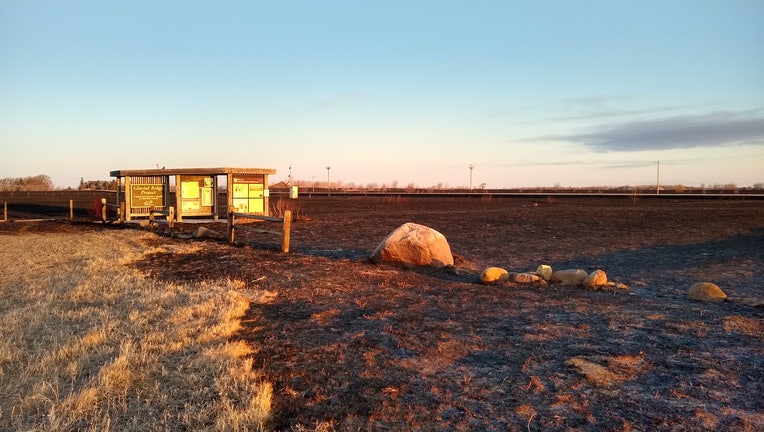 Damage from the Oxcart fire near Mentor, Minnesota.

MENTOR, Minn. (FOX 9) - The Oxcart fire, which has burned nearly 13,000 acres in northern Minnesota, is 40 percent contained, according to the Minnesota Incident Command System (MNICS).

The fire is burning in the Glacial Ridge National Wildlife Refuge, west of Mentor, south of U.S. Highway 2 and State Highway 32.

On Wednesday, firefighters will continue to secure the perimeter of the fire and mop up hot spots. Officials expect "minimal" fire activity within the fire's perimeter due to continued colder temperatures and wind up to 15 mph.

No roads are closed due to the fire and MNICS has not issued any evacuations. No structures have been damaged.

Officials believe the fire was caused by humans. The estimated cost of the fire so far is $250,000.

Warm and dry air is expected on Thursday and to last through the weekend.