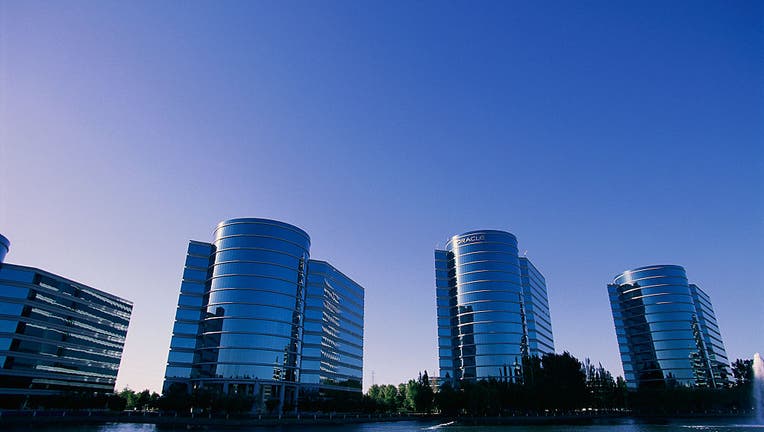 REDWOOD CITY, Calif. - Oracle Corporation, a multi-billion dollar software and technology company, is the latest tech giant to announce that it's leaving Silicon Valley for Texas.

Oracle made the announcement Friday afternoon after it was reported by Bloomberg.

The company is by far the largest employer in Redwood City, with over 6,500 employees, representing 13.5% of the jobs in that city, according to city data.

Oracle Corporation, a multi-billion dollar software and technology company, is the latest tech giant to announce that it's leaving Silicon Valley for Texas.

In a statement to KTVU, Oracle said "we believe these moves best position Oracle for growth and provide our personnel with more flexibility about where and how they work... By implementing a more modern approach to work, we expect to further improve our employees’ quality of life and quality of output.”

Texas Gov. Greg Abbott hailed the news that another tech company had been lured to the Lone Star state.

"Texas is truly the land of business, jobs and opportunity," he tweeted.

The announcement is the latest in a series of big companies to depart the area this month amid the pandemic.

Earlier this week, Tesla CEO Elon Musk announced he was moving his residence to Texas and hinted his companies could too. And earlier this month, HP announced they too were relocating from Palo Alto to the Houston area.

The Bay Area Council, which advocates for vitality of the business enviorment in the Bay Area, issued a statement Friday afternoon expressing concerns about the California economy.

“Anyone who doesn’t believe that this latest departure isn’t a threat to California’s economy is a business climate denier. We are watching the unraveling on one of the world’s mightiest economies and the consequences will be devastating. California for too long has willfully ignored our awful business climate, even as we’ve enjoyed incredible success and prosperity. The COVID pandemic is now exposing California’s deep vulnerabilities as employers realize they have other, better choices of where to locate their business. We can’t afford to dither any longer or California will permanently lose hundreds of thousands if not millions of jobs to states like Texas that place value on business and investment.”

— Jim Wunderman, President and CEO of the Bay Area Council.

Despite the Council's concerns, San Mateo County Supervisor David Canepa suggested the Bay Area will thrive despite this loss. He said the Bay Area's prestigious universities and other tech giants will make up for the loss from Oracle's tax revenue and the area will remain attractive.

"People from around the world come here because of the talent of the professors and the ability to live in an inclusive area," Canepa said.

In 2018, Oracle's Executive Chairman Larry Ellison led a shift of resources from California when the company opened a campus in Austin.

Ellison founded Oracle in 1977 in Santa Clara. In the 1980s, the company relocated their headquarters to Belmont, and soon after moved to their current location.

The iconic Oracle Parkway complex in Redwood City opened in 1989 and was constructed where the Marine World/Africa USA theme park existed before moving to Vallejo.

The company will continue to operate their Redwood City offices, which they are calling a "hub,"  for Oracle customers around the world. Oracle also has hubs in Santa Monica, Seattle, Denver, Orlando and Burlington, among others.