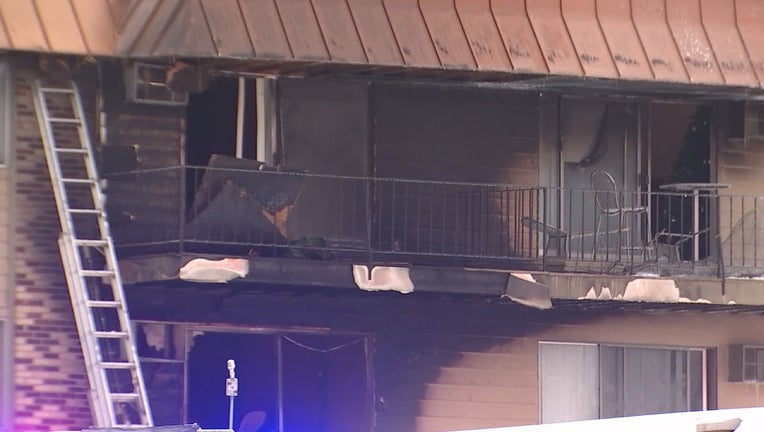 NEW BRIGHTON, Minn. (FOX 9) - A fire at a New Brighton apartment building sent one person to the hospital and killed one dog, according to the New Brighton Department of Public Safety.

Firefighters responded Thursday at 1:30 p.m. after receiving a report of smoke and flames coming from the patio door of a first floor apartment at 800 block of West County Road D. The fire spread to the second and third levels of the building.

Emergency crews took a tenant to Hennepin County Medical Center for smoke inhalation. Five other residents were treated and released at the scene. Authorities confirm a dog died in the fire.

While the building had a fire alarm system, it did not have sprinklers since the complex was built before the sprinkler code went into place.

The Red Cross is working with 27 adults and 14 children who were displaced by the fire.