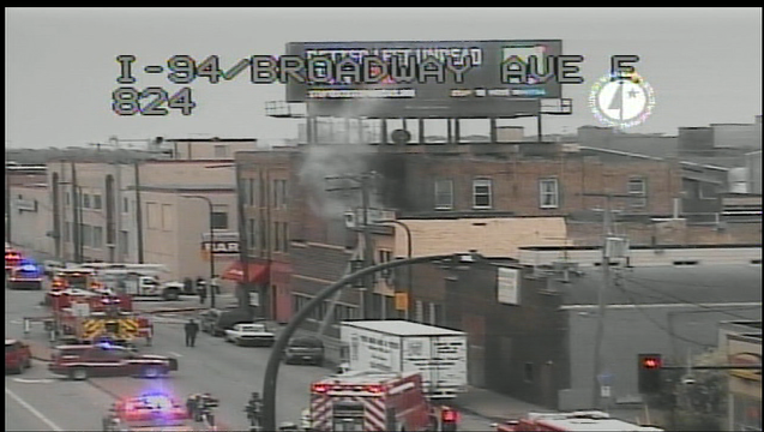 MINNEAPOLIS (KMSP) - A woman was rescued from the second floor of an apartment building on Washington Avenue N. near Broadway Avenue in Minneapolis on Thursday afternoon, ultimately dying from severe burns sustained in the blaze, according to a release.

The fatality marks Minneapolis' third fire death in 2017. Two other victims were evacuated and treated for smoke inhalation.

According to the Minneapolis Fire Department, the blaze was reported above Cliff N Norm's bar at approximately 3:00 p.m., with the fire spreading around the second floor of the building after starting in an apartment there.

As firefighters were knocking down flames and searching the buildings, they found the fire had spread to the third floor and attic.

The fire was extinguished in about 45 minutes and the building was declared "all clear" after a thorough search.

Fire officials say the cause of the fire is undetermined.