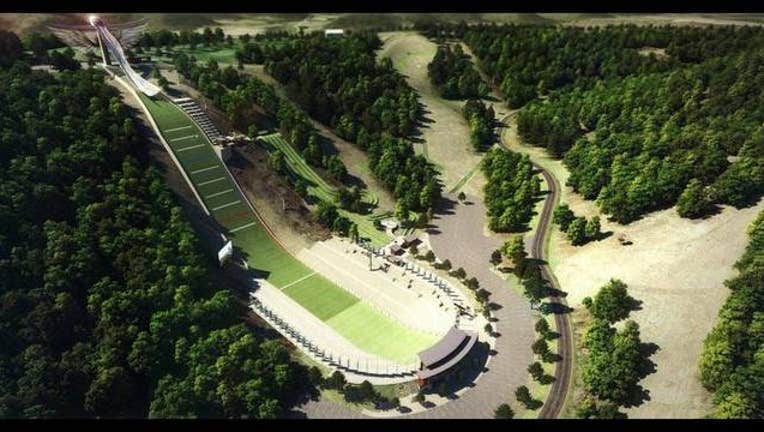 Courtesy of the Goodhue Board of Commissioners

The jump is expected to bring as many as 80,000 new visitors to the Red Wing area each year, including athletes training for the Olympics. More visitors are expected as the second half of the park opens in several years.

Project spokesman Dennis Egan says work on the $18 million project could begin as early as next month. The project also includes plans for a concert venue, cross-country skiing course and an event center.

Red Wing is home to the American Ski Jumping Hall of Fame and Museum, which opened in 2014 inside the St. James Hotel.