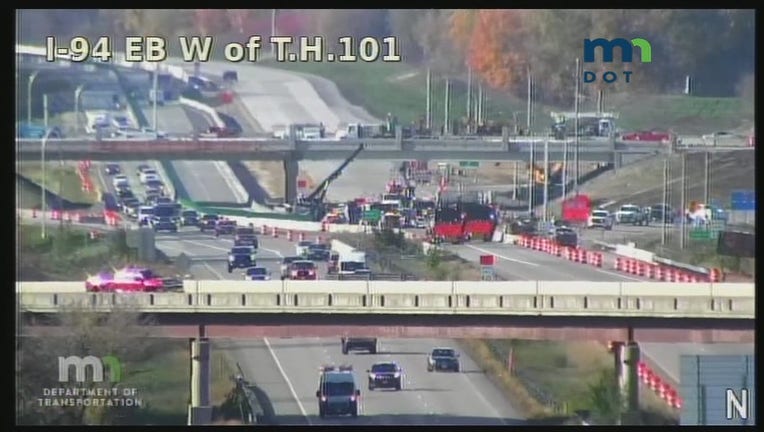 Officials are responding to a crash on I-94 in St. Michael.

(FOX 9) - Authorities are investigating a fatal crash on I-94 and Highway 241 Tuesday in St. Michael, Minnesota.

According to the state patrol, at about 12:30 p.m., a Sterling Straight Truck and a Chevrolet Traverse were heading west on I-94 when the truck rear-ended the Chevrolet, struck the barrier and rolled.

Officials say the truck driver, a 62-year-old Maple Grove man, died in the crash. The other driver was not injured.

The area was closed for a portion of time but has since reopened.