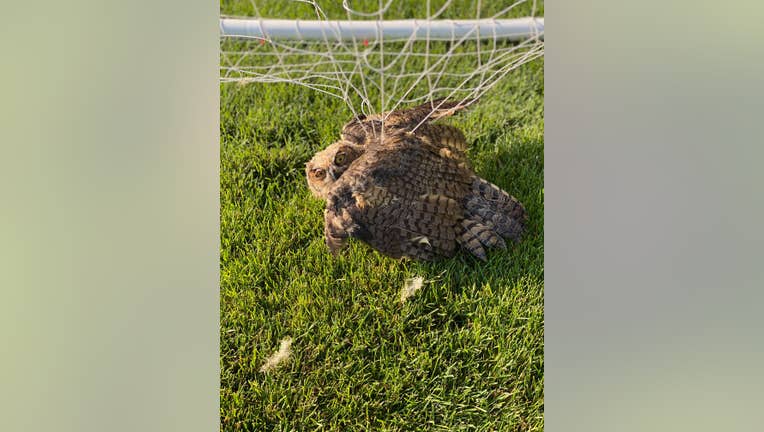 SHOREWOOD, Minn. (FOX 9) - Two police officers rescued an owl Friday that had gotten itself trapped in a soccer net in Shorewood, Minnesota.

The South Lake Minnetonka Police Department said the officers responded to a private residence after the owners called police to report the trapped owl. The officers were able to free the owl without sustaining any injuries.

In a Facebook post, the police department said one of the officers described the owl’s talons as “just a little bit terrifying.”