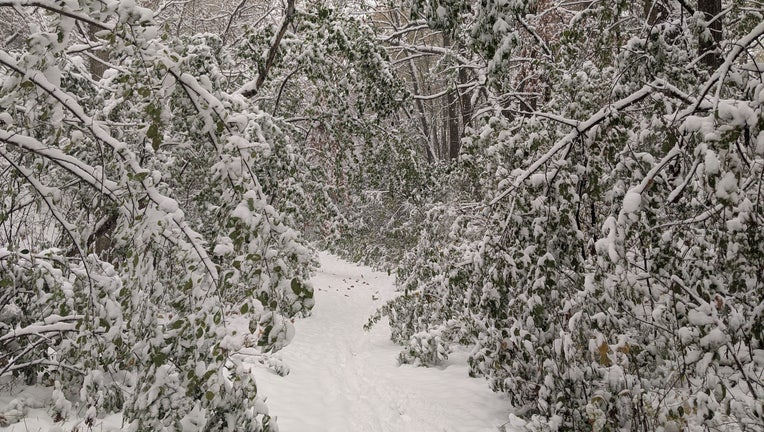 An October snow storm dropped around 8 inches of snow in parts of the Twin Cities metro on October 20, 2020. (FOX 9)

MINNEAPOLIS (FOX 9) - Xcel Energy crews are working to restore power after heavy, wet snow knocked out power for thousands of customers in Minnesota.

According to Xcel Energy, about 8,000 customers in the Twin Cities metro were without power as of 9 p.m. Tuesday. At the peak, about 33,500 customers were impacted by the outage.

Hennepin County appeared to be the hardest hit by outages with about 9,000 customers still affected just before 10 p.m. All available Xcel Energy crews are working to restore power.

How to report an outage

Xcel Energy customers can report an outage in the following ways: