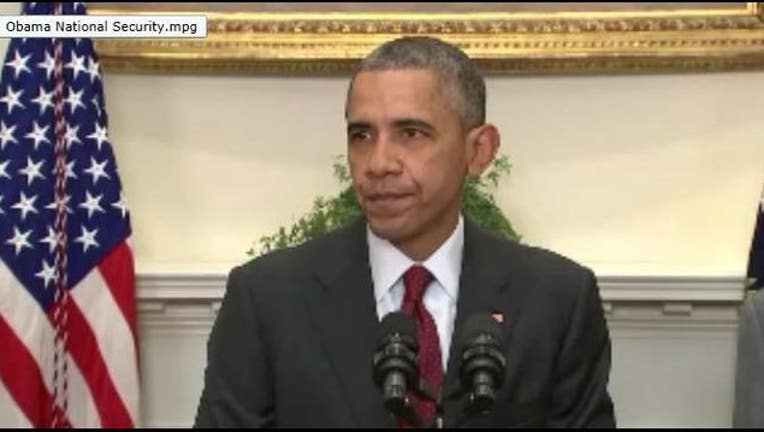 WASHINGTON (AP) -- President Barack Obama said there is currently no "specific and credible" intelligence indicating a terrorist plot on the United States, as he sought to reassure anxious Americans for the Thanksgiving holiday.

Speaking at the White House on Wednesday, Obama said it was understandable that Americans might be nervous following the Nov. 13 attacks in Paris, which killed 130 people and wounded hundreds more. While he encouraged Americans to remain vigilant, he urged people to go about their normal activities around Thanksgiving.

"While the threat of terrorism is a troubling reality of our age, we are both equipped to prevent attacks and we are resilient in the face of those who would try to do us harm," Obama said. "And that's something we can all be thankful for."

The president has faced criticism for his initial response to the Paris attacks, particularly his focus on chiding Republicans who called on him to be more aggressive in fighting Islamic State, the extremist group believed to be behind the deadly assault in France. He was also sharply critical of lawmakers who backed legislation that would effectively keep refugees from Syria and Iraq -- the two countries where the Islamic State is based -- from coming to the U.S.

He shifted his focus Wednesday to Americans who may worry that the attacks in Paris, which took place at restaurants, a concert venue and a sports stadium, could be replicated in the U.S.

The president said that if intelligence were to reveal a credible threat to the U.S., the public would be informed. But he said Americans should feel confident in the work being done by national security and law enforcement officials.

"We are taking every possible step to keep our homeland safe," he said.