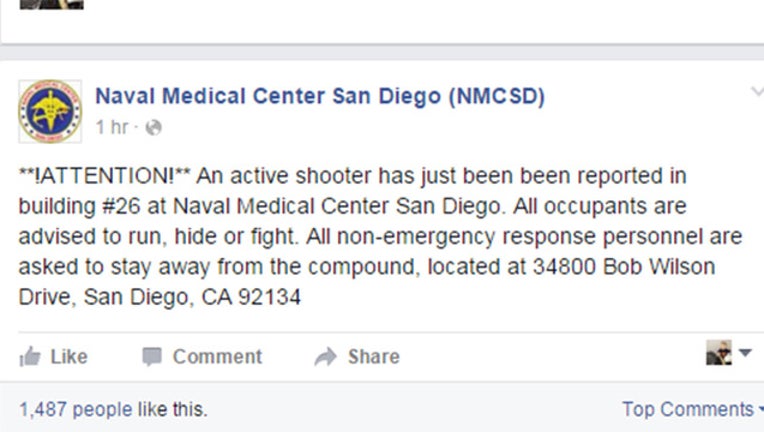 FOX NEWS - An active shooter was reported Tuesday at the Naval Medical Center San Diego, according to the center’s Facebook page.

Kevin Dixon, the public information officer for the Navy, told Fox 5 San Diego that there was no evidence of a shooting after the first sweep of the building. Authorities are conducting a second sweep.

According to initial reports, three shots were heard in the basement of the building, which is a combination of a gym and barrack. There are no reports of injuries.