Legislation mandating the minor vigil to honor the thousands who were murdered 18 years ago in the largest terror attack on U.S. soil was signed into law Monday by Gov. Andrew Cuomo.

NEW YORK (FOX News) - New York public schools will observe a moment of silence Wednesday to remember those killed on 9/11 — it's the law.

Legislation mandating the minor vigil to honor the thousands who were murdered 18 years ago in the largest terror attack on U.S. soil was signed into law Monday by Gov. Andrew Cuomo and "allows for a brief moment of silence in public schools across the state at the beginning of the school day every September 11th."

In an effort "to encourage dialogue and education in the classroom, and to ensure future generations have an understanding of the September 11th, 2001 terrorist attacks and their place in history," the law takes effect immediately, according to the governor's office.

"9/11 was one of the single darkest periods in this state's and this nation's history, and we owe it to those we lost and to the countless heroes who ran toward danger that day and the days that followed to do everything we can to keep their memory alive," Cuomo said in a statement.

Cuomo said that "by establishing this annual day of remembrance and a brief moment of silence in public schools, we will help ensure we never forget — not just the pain of that moment but of the courage, sacrifice and outpouring of love that defined our response.“ 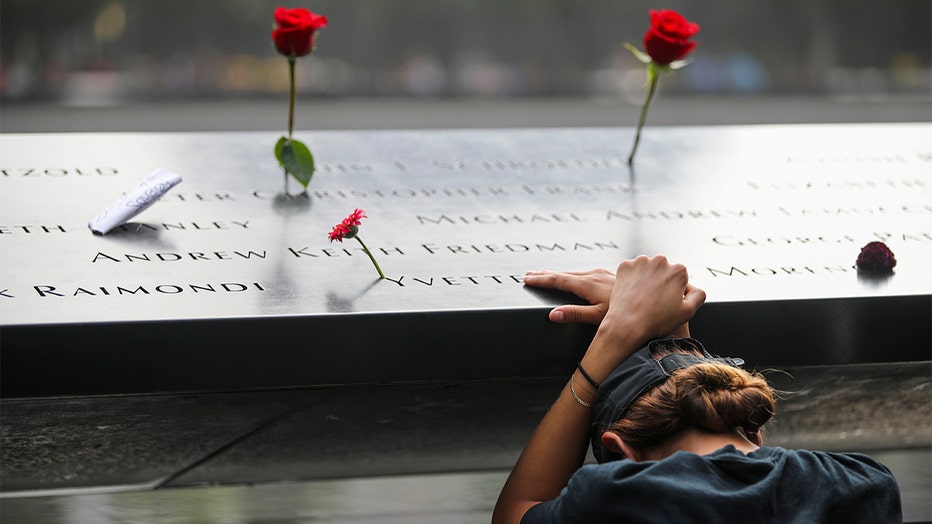 A lady cries beside plates on which the names of 9/11 victims were inscribed around the North Pool at the National September 11 Memorial and Museum in New York, the United States, Sept. 11, 2018. Thousands of people came here on Tuesday to memorize t

The measure, sponsored by state Sen. Joseph P. Addabbo, Jr. and Assemblywoman Stacey Pheffer Amato, both Democrats who represent the borough of Queens, was unanimously approved by state lawmakers before Cuomo signed it.

Nearly 3,000 people were killed in the terrorist attacks, in which Al Qaeda Islamists hijacked airplanes to use as missiles, flying them into New York City's Twin Towers and the Pentagon in Arlington, Va. A fourth hijacked plane did not hit its intended target and crashed into a field in Somerset County, Pennsylvania after the aircraft's passengers stormed the cockpit and tried to overpower the militants, an act of heroism which likely saved countless lives.

Get updates for this story on FoxNews.com.