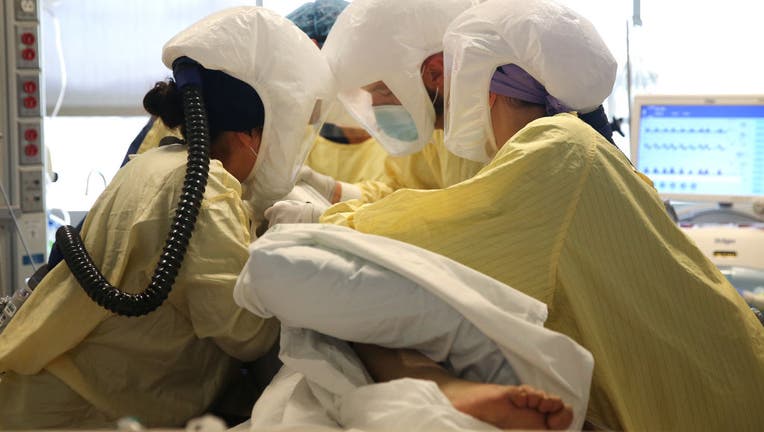 SACRAMENTO, Calif. - As the Bay Area is forced to go into lockdown just before midnight to curb the spread of coronavirus, the California Department of Health released its latest statistics, showing a record number of deaths.

The staggering figures mean California has seen more than 1,000 deaths in the last five days and nearly 106,000 confirmed cases in just two days.

Many of the state’s hospitals are now running out of capacity to treat the severest cases.

California’s pandemic death toll now stands at 21,860. The state has also seen the most cases in the nation with more than 1.7 million confirmed. 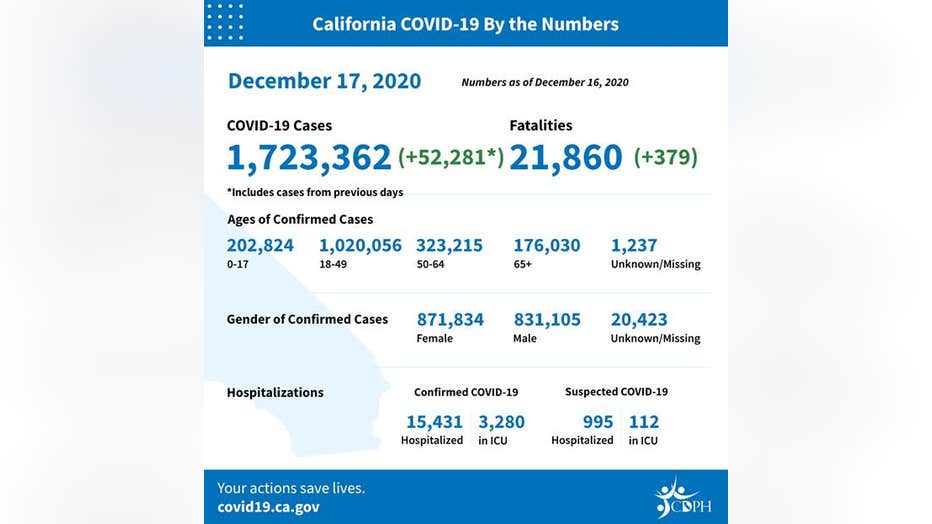 "Hospitals are under siege and our models show no end in sight," she said.

In Santa Clara County, Health Officer Dr. Sara Cody fought back tears on Tuesday night as she spoke to the board of supervisors.

"We are in very bad shape here with the pandemic," Cody said. "We're in a place that we never expected to be and we certainly never wanted to be, especially given all the tremendous work and collective sacrifice by every single member of our community."

She warned of the "very dark days ahead," citing the number of people who have died.

"We have lost 553 people in our county," she said, her voice filled with emotion. "COVID, in fact, is on track to be among the five leading causes of death here in our county. Our pandemic locally is out of control. ... Our health care system is quite stretched. Not to the breaking point, but steadily marching toward that point."

The massive rise in infections began in October and is being blamed largely on people ignoring safety measures and socializing with others.

More recently, health officials said they’ve seen cases stemming from gatherings during the Thanksgiving holiday and have pleaded with residents to avoid getting together with people from other households over Christmas and New Year’s. As of Thursday, 98% of the state was under a lockdown order.

As the death toll continues to climb, there were also glimmers of hope.

Healthcare workers throughout the country have started to get their first round of vaccinations, with a second vaccine nearing government authorization.