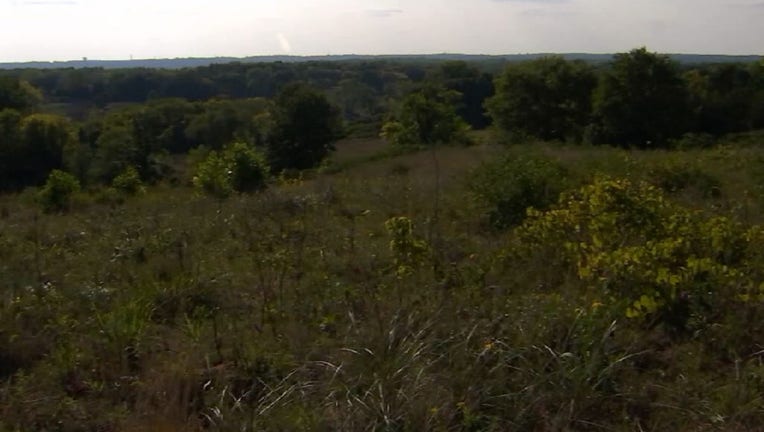 A housing development is proposed to go in next to the Grey Cloud Dunes Scientific and Natural Area in Cottage Grove, Minnesota. (FOX 9)

COTTAGE GROVE, Minn. (FOX 9) - With its rolling hills and unique plant life, the Grey Cloud Dunes Scientific and Natural Area is a naturalist’s dream. Soon, it will neighbor a sprawling housing development. It’s a change environmentalists and neighbors hope to prevent.

About two dozen people showed up to Wednesday’s Cottage Grove City Council meeting to voice their opposition to the development, saying the land is precious natural landscape that should be protected.

Neighbors in Cottage Grove are raising concerns over the environmental implications of building homes on what is now 180 acres of mostly untouched landscape.

The proposed development encompasses 180 acres of land along the Mississippi River. While there was once a golf course there, it has remained otherwise untouched until now.

Inderrieden, who moved to the area in the last year, would like to see the land stay "as is"-something she thinks would complement the adjacent national park. But, the mayor says to buy the land out of private ownership would cost millions of dollars the city simply doesn’t have.

"Our hands are kind of tied in the amount of things we can do with this," said Cottage Grove Mayor Myron Bailey.

Mayor Bailey says with it being private land and already zoned for residential use, there’s not much city leaders can do to stop it. He says while proposals for the project have yet to be submitted, they have been proactively working with the developer to maintain as much natural park land as possible.

"We are listening, but there are only certain things we can do legally when it comes to taking a property and we can’t take the entire thing," said Bailey.

Bailey said the city will be conducting an environmental assessment, and promised neighbors a series of public meetings Wednesday night.

Those fighting the development have obtained counsel and do plan to take legal action against the city and developer.

"This is not about fighting business or fighting progress, this is about surviving another generation," said Inderrieden.