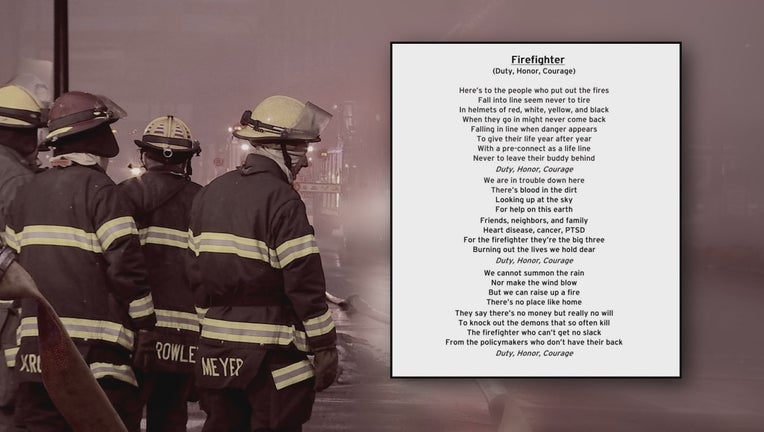 The song “Firefighter (Duty, Honor, Courage)” describes the dangers firefighters face both on and off duty. (FOX 9)

EDEN PRAIRIE, Minn. (FOX 9) - As a singer-songwriter, Larry Long has made a career out of making music with a message, but he hopes his latest creation will strike a chord on the issue of firefighter health and wellness.

"You can never predict where a song is going to go or the effect it's going to have, but time will tell," said Long, who is from south Minneapolis.

As a singer-songwriter, Larry Long has made a career out of making music with a message, but he hopes his latest creation will strike a chord on the issue of firefighter health and wellness.

Long came up with the idea for “Firefighter (Duty, Honor, Courage)” after tagging along with a group of firefighters as they put out a restaurant blaze over a decade ago. The song chronicles the challenges the public servants face both on and off the job, like cancer, heart attacks and emotional trauma, which they are twice as likely to experience than the regular population.

"There hasn't been a lot of music written for the fire service and the journey that all of us firefighters are on," said George Esbensen, a retired Eden Prairie fire chief.

Esbensen, who co-wrote the song with Long, hopes the anthem will become a rallying cry to get state legislators to fund the Hometown Heroes Assistance Program. The bill is asking for $7.5 million to provide Minnesota's 20,000 firefighters with financial and emotional support after they are diagnosed with health or psychological issues caused by their jobs.

"Firefighters help people in this state every minute of every day. 24/7, 365,” said Esbensen. “It’s time to get our policy makers to step up and support the firefighters who've been supporting them." 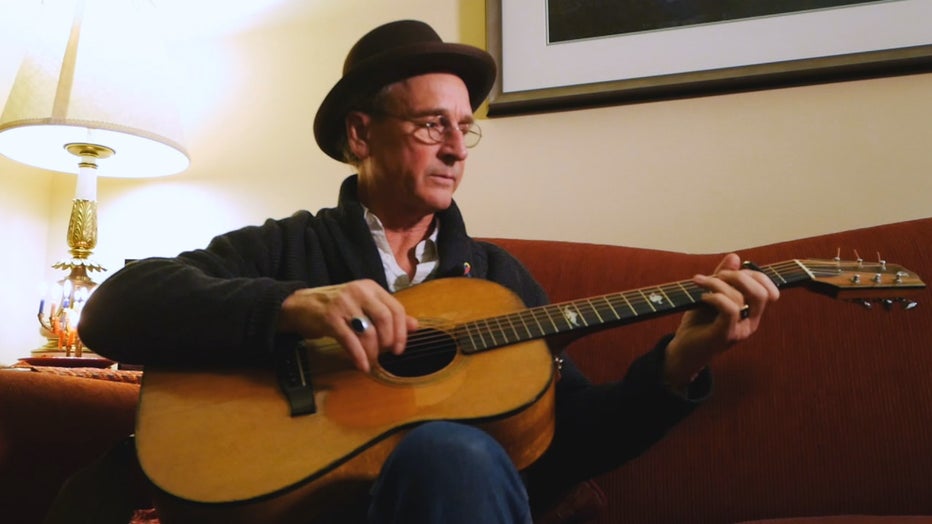 Long is hoping for a hit somewhere other than the Billboard charts.

"This is a just cause,” he said. “This is something that people from all political perspectives should get behind and I would say shame on those who don't."