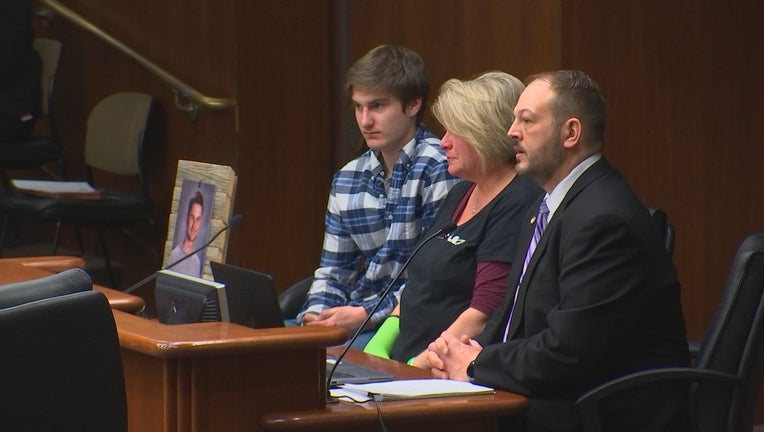 (FOX 9) - Minnesota lawmakers heard heartbreaking stories on Thursday about Minnesotans who have died in grain bins.

The testimony comes as they're considering legislation that would give grant money to farmers to make it safer to work in the storage buildings.

Minnesota lawmakers are considering legislation that would give grant money to farmers to make it safer to work in the storage buildings.

One of the biggest reasons for this push is that Minnesota is now leading the nation in the number of grain bin farming accidents.

Wednesday night, the FOX 9 Investigators told you nine people have died since last June in these types of accidents. In August, Landon Gran went to work for a neighbor near Saint Peter.

He was cleaning out a large grain bin when his legs got caught in an auger sweeping across the floor. Thursday, his mother and brother asked lawmakers to pass Landon's Law.

"He succumbed to his injuries in a grain bin alone for hours alone," his mother Michele explained.

"We have multiple grain bins in front of our yard," said Landon's brother James. "They look innocent enough, but you don't see the danger inside of them, you just don't."

Landon would have been a high school senior this year. One of the most common types of accidents is being sucked into the corn when walking on top of it or brushing it off the sidewalls of grain bins. That can happen in less than a minute. Many farmers go into bins unprotected and alone.

The grant money could be used to buy safety equipment like harnesses and auger covers. Thursday, another $250,000 was added to the bill to provide education to farmers.