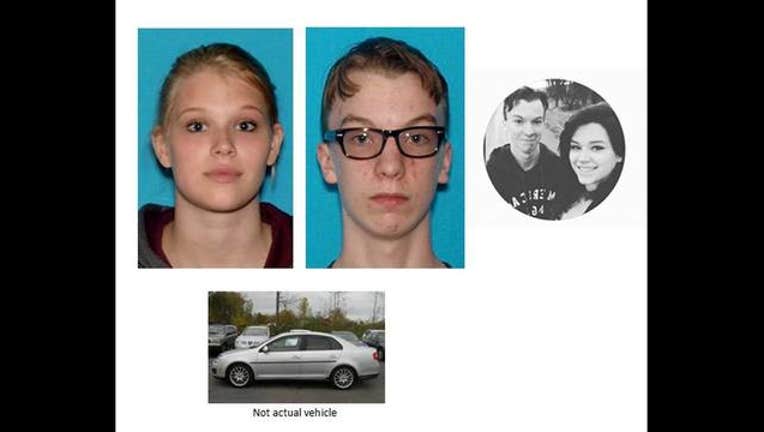 NEW PRAGUE, Minn. (KMSP) - Two teens missing from New Prague, Minn. were found Thursday in Arizona, according to a release.

The parents of both teenagers, Hailey Delbow, 16, and Terry Cook, 17, have been notified, officials said.

Police say they were found in Maricopa County, Ariz., though police had previously discovered communications between the two that suggested they might have been heading to Austin, Texas.

Both of them were unharmed and safe, according to the release.