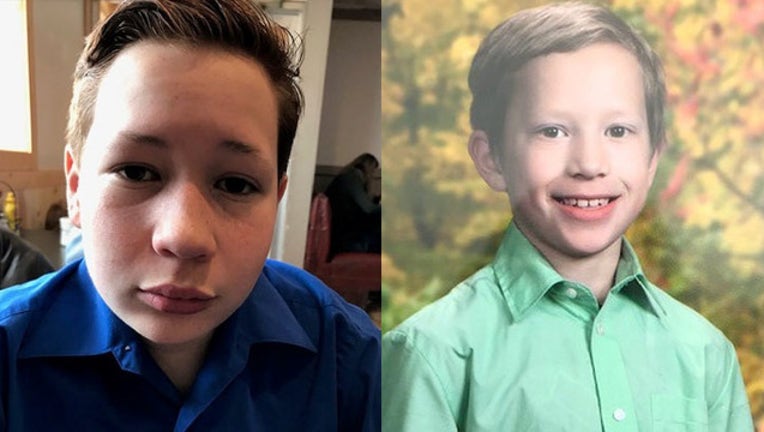 DULUTH, Minn. (FOX 9) - Update: The boys have been found safe, according to the Duluth Police Department.

The Duluth Police Department is asking for the public's help finding two missing boys who were last seen Monday night.

Alexander LaFave, 15, and Addison LaFave, 9, were last known to be at their home at 8 p.m. Monday.

Alexander is described as 5 feet 2 inches tall and 150 pounds with auburn hair and hazel eyes. He might be wearing a gray hoodie, green army color jacket, black Air Jordans, and jeans.

Addison is described as 4 feet 9 inches tall. He has blonde hair and brown eyes. He might be wearing a pink polo shirt and tennis shoes.