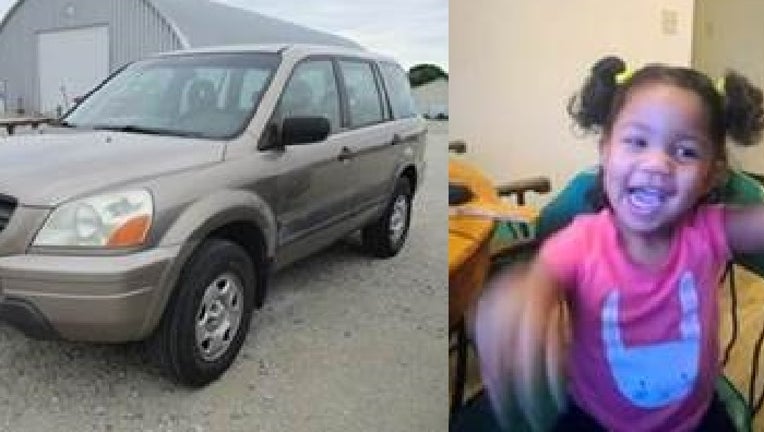 An Amber Alert was issued for Raylene Childs, a 2-year-old girl that was in a vehicle reported stolen in Minneapolis Sunday night. (Minnesota BCA / Supplied)

Further details were not immediately available about how police found the child. The Amber Alert has now been cancelled.

Officers said the missing child, 2-year-old Raylene Childs, was inside a stolen 2003 Honda Pilot that was reported stolen from the 500 block of Hennepin Avenue near Central Avenue NE around 8:40 p.m.

Police searched for about two hours until the child was located around 10:30 p.m. Police were unable to confirm exactly where the child was found. It's unclear if the suspect reportedly involved in the incident was also taken into custody.