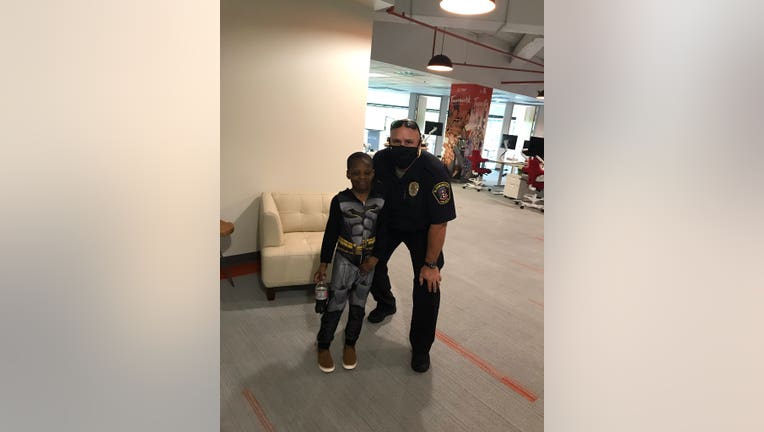 Bloomington police officers found a missing 6-year-old boy after employees called to report he was playing on a computer inside an office complex. (Bloomington Police Department)

The boy was found playing on a computer inside a business in the SouthPointe office complex after the employees called police.

The boy was reported missing after leaving his apartment on foot around 8:30 a.m.