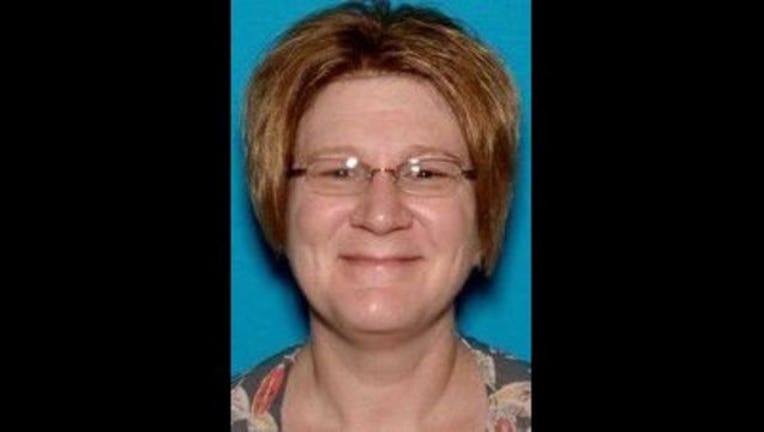 Wendy Khan, 46, of Mankato was in contact with her daughter on June 1, but has not been seen or heard from by family members and friends since. She was reported missing on June 3.

MANKATO, Minn. (KMSP) - Police in Mankato, Minnesota are asking for the public's help in locating a missing 46-year-old woman.

Wendy Lynn Khan last had contact with her daughter on June 1, but has not been in contact with friends or family since, which is out of character for her. She was reported missing on June 3 because they are concerned for her welfare.

Khan was believed to be traveling in her vehicle, but it was located on June 7 on Belle Avenue in Mankato.

Khan is described as 5 feet 6 inches tall and 180 pounds with green eyes.

Anyone with information on Khan's whereabouts is asked to call the Mankato Department of Public Safety at 507-387-8780.