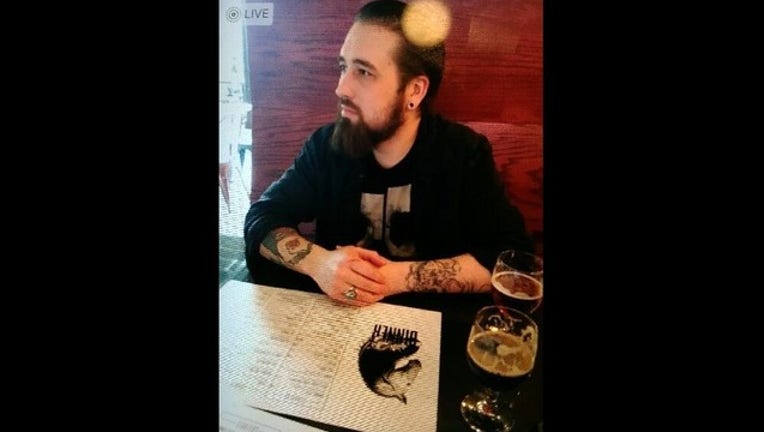 GRAND MARAIS, Minn. (KMSP) - Cook County Sheriff's deputies are looking for a 34-year-old man who did not return from an early morning walk near County Road 14 West, around seven miles east of Grand Marais, Minn., according to a release.

A K-9 ground search and attempts to track Banks' cell phone were both unsuccessful.

Aaron Banks is a Twin Cities resident but was up north visiting a family cabin with his wife, who reported him missing Thursday morning, officials said.

His wife told police he suffers from anxiety, though there is no reason to believe he may be dangerous.

Banks is 5 foot 11 inches tall and weighs 160 pounds, with brown hair, a beard, large earrings and tattoos on his forearms. He was dressed in all black the morning of his disappearance.

The Cook County Sheriff's Office urges anyone with information on Banks' whereabouts to call their office at 218-387-3030.