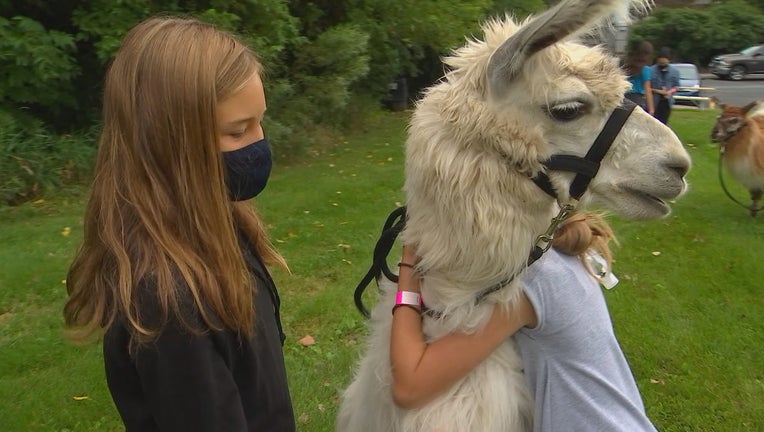 GOLDEN VALLEY, Minn. (FOX 9) - With his herd in tow, the owner of a Carver County llama ranch hit the road on Friday.

Minnesota camp kids get lesson in empathy during llama visit

With his herd in tow, the owner of a Carver County llama ranch hit the road on Friday.

Camp organizers are using the animals to teach a lesson on compassion and empathy.

"We’ve had llamas for over 20 years," said Rick Carlson of Carlson’s Lovable Llamas. "And we got them because they’re very friendly, mellow, gentle animals, easy to work with, easy to train."

And students are getting a one-on-one experience with the furry, four-legged creatures.

Like with cats and dogs, an organizer with the Animal Humane Society says that with the llamas, there is also a lesson.

"Our camps and our programs focus on teaching, compassion and empathy to animals," said Humane Education Supervisor Holly Watson-Wetzel.

"It really is rewarding to see," said Carlson. "To see all of those kids and the smiles on their faces and the seniors and all that."

Carlson's ranch is located in Waconia. His llamas are also a staple at the Minnesota State Fair, which has been canceled this year due to COVID-19.