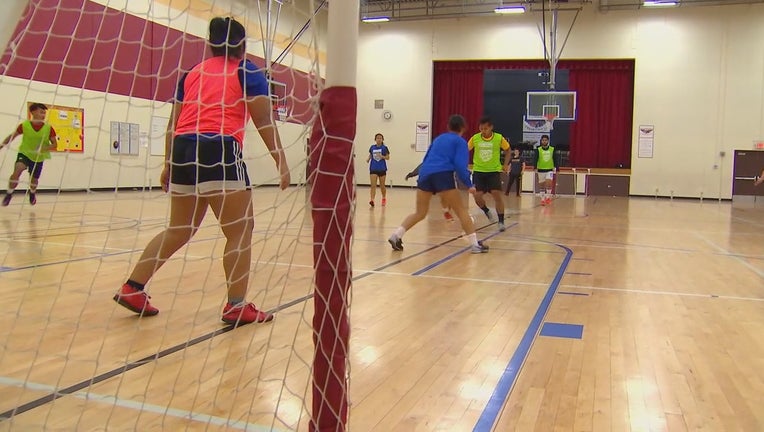 A Minnesota youth soccer team is representing the Karen community on the national stage.

(FOX 9) - More than 17,000 refugees from Burma in southeast Asia call Minnesota home, making it the largest Karen population in the U.S. Now, a pair of Karen youth soccer teams are making history.

For one group of high school students, playing futsal - a faster indoor version of soccer - is a way to get their kicks. But, they'll soon get the chance to represent the local Karen community on the national stage.

A Minnesota soccer team is representing the Karen community on the national stage.

“I'm excited because this is a big deal for us. It hasn't happened to the Karen community before," said player Tina Million.

Just over a year ago, Kyle Johnson started the Karen Football Association to give young people in the Karen community a chance to play an organized version of the sport. He says traditional soccer clubs can be too expensive for many Karen refugees - who grew up playing pick-up soccer games - or they can't get regular transportation to practices or games.

Now the youth boys and girls teams from the KFA will be the first all-Karen teams to go to the National Futsal Championships in Kansas City at the end of the week.

They will compete against 178 other teams from 17 states while showcasing their talent for college scouts and raising awareness about the Karen community at the same time.

“Not every Karen has the same opportunity like us. The time we have, we have to take advantage to go play down there,” player Ehku Say said.

“I'm really glad we have something like this for the Karen community so we can put ourselves out there more and tell people who we are," Million said.