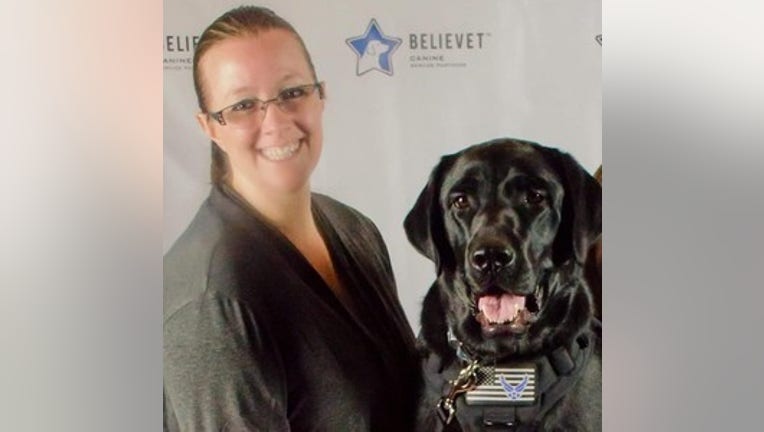 ST. PAUL PARK, Minn. (FOX 9) - The Minnesota Department of Human Rights reached a settlement agreement with Marathon Oil Refinery after a former employee filed a complaint saying that the company refused to allow her to bring her service dog to work.

In a news release, the department stated that Marathon Oil Refinery violated the Minnesota Human Rights Act by discriminating against Laura Ritt, a veteran with a service-related disability, when it refused to allow her service animal to accompany her at work. Under the act, employers have a responsibility to accommodate the known disability of an employee.

Officials said the former employee will receive $75,000 and the refinery will be required to change company policy and provide anti-bias training.

According to the state Department of Human Rights, Ritt worked in the office at the St. Paul Park refinery as an administrative assistant and requested to bring her service animal to work so she could perform her job without the symptoms of her service-related disability interfering. The company repeatedly denied her requests.

On September 23, 2019, the department found probable cause that the St. Paul Park refinery violated the Minnesota Human Rights Act.

The department’s investigation found that "the service animal would have enabled Ritt to perform the essential functions of her job without the interference of her disability-related symptoms," according to the news release. The department also determined that the employer "failed to prove the service animal would have disrupted the workplace, posed a health or safety risk, or caused a significant burden to the employer."

FOX 9 reached out to Marathon Oil Refinery for comment but was unsuccessful.