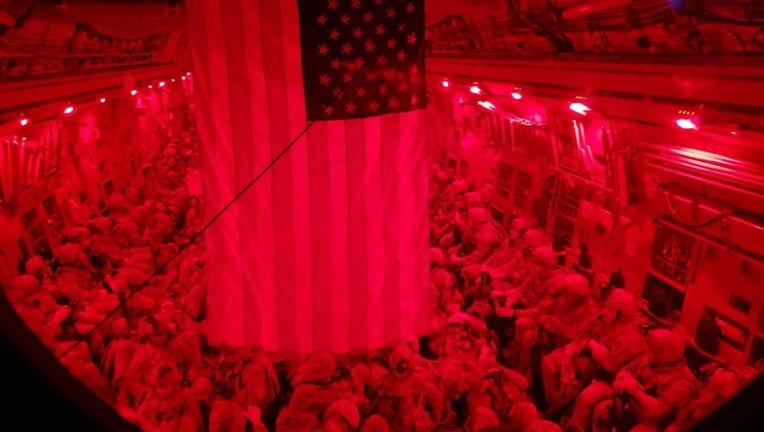 ROSEMOUNT, Minn. (FOX 9) - The 400 Minnesota National Guard members sent to Afghanistan to assist with operations amid the United States' withdrawal have returned safely to Kuwait where they are stationed, according to Guard officials.

A photo taken on August 23 shows Minnesota National Guard members onboard a C-17 after being called for rapid deployment to Kabul. They were on a high-risk mission, but they were trained and prepared. Col. Timothy Kemp of the 1/34th Armor Brigade Combat Team says some of that experience came while assisting law enforcement at home.

The 400 Minnesota National Guard members sent to Afghanistan to assist with operations amid the United States' withdrawal have returned safely to Kuwait where they are stationed, according to Guard officials.

"Even including some of our operations we’ve done in Minneapolis and St. Paul over this last year, they felt more prepared than even some of the other organizations based on the fact that interacting with civilians interacting with public and they knew how to do that properly while at the same time securing themselves," said Col. Kemp.

Duties included helping to secure a portion of the perimeter and interior of the Kabul airport and providing assistance to U.S. citizens, special immigrant visa holders and their families. One photo shows 1st Lt. Michelle Jaeger with the Guard interacting with Afghan children. It’s the human side of the controversial evacuation.

On Thursday, Aug. 26, 13 U.S. service members were killed – 18 wounded – in a blast at the Kabul airport. ISIS claimed responsibility. No Minnesota Guard members were hurt, but things did intensify for them.

"They obviously heard the explosion – heard quickly what happened ya know and what the risk was and what could possibly happen in their sector and they adjusted their defense and their security of the airport," said Col. Kemp.

Many of the Afghan evacuee families were flown to Kuwait where most were greeted by the Minnesota National Guard’s 34th Red Bull Infantry division. There, the evacuees received clothing, health screenings, food and a place to rest.

"We put on the uniform to serve and to serve human beings to serve the United States and American citizens but also human beings," said Col. Kemp.

Col. Kemp did not know if Minnesota Guard members would be part of any potential special mission or effort to get the remaining Americans and allies out of Afghanistan. However, he said if called upon they would be ready.

The Minnesota Guard members serving on the rapid deployment are expected to return to Minnesota this winter.