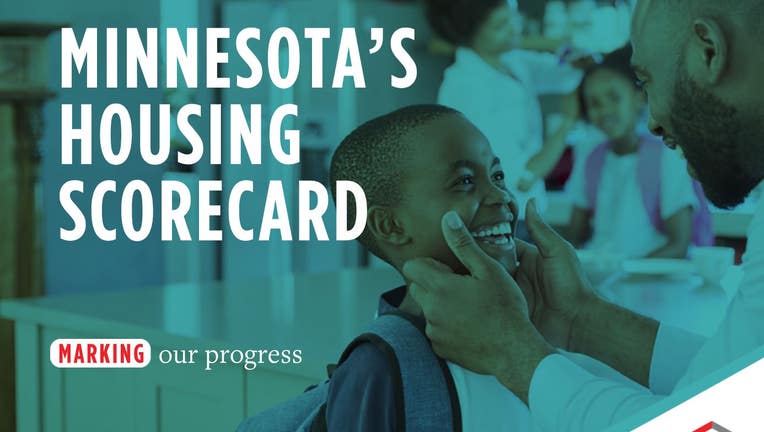 ST. PAUL, Minn. (FOX 9) - A new scorecard on the state of housing in Minnesota is shining a light on the "urgent need" for more affordable homes as the state faces its greatest home shortage in decades, according to data collected by Prosperity's Front Door.

The six goals are as follows: commit to homes as a priority, preserve the homes we have, build more homes, increase home stability, link homes to services and support and strengthen homeownership. The scorecard rated the goals with the categories "losing ground," "slow progress" or "strong start." Under the scoring system, Minnesota is "losing ground" in preserving existing homes and supporting homeownership.

The report states there are fewer affordably priced homes available to rent or buy. The scorecard said homes valued at $250,000 are "increasingly hard" to find and vacancy rates for apartments with rents below $1,000 are "effectively [at] zero percent" in the Twin Cities metro.

The report found "slow progress" in linking homes and services. From 2018 to 2019, there was a 10 percent increase in the amount of people experiencing homelessness.

Home growth is increasing, but is still not meeting the needs. The scorecard found Minnesota is making strides in building 300,000 new homes by 2030. Last year about 30,000 new homes were built statewide, but according to the findings the housing is a "mismatch" to market demand based on income levels.

While the need for more affordable housing continues, the report saw progress in efforts from politicians and business leaders. According to the report, "momentum is building" in increasing housing affordability as many local government statewide are creating their own task forces to review housing situations.