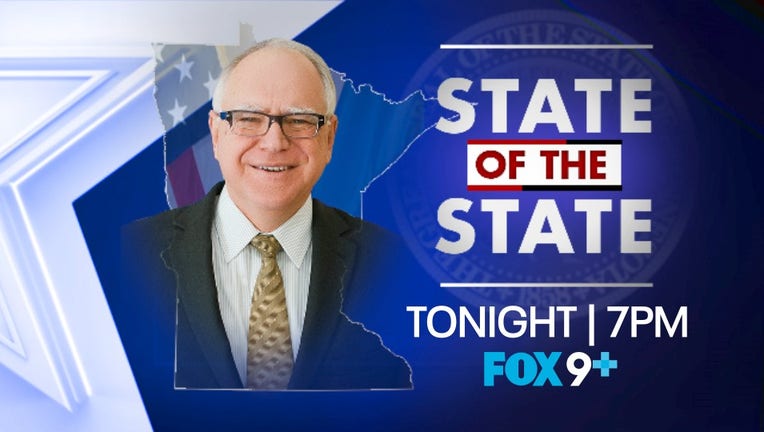 (FOX 9) - Minnesota Governor Tim Walz will deliver the annual State of the State Address at 7 p.m. Sunday, April 5. You can watch the speech on FOX 9 + or live online here.

Last week, Gov. Walz said that he is likely to extend his stay-home order through the end of April, though no decision will be finalized until next week.

The order, which is currently scheduled to expire April 10, has shuttered much of the state's economy as public health officials try to slow the spread of the coronavirus pandemic. Some small business owners have grown impatient with what they see as a lack of help from the state and federal governments.

As of Sunday, there have been at least 900 confirmed cases of COVID-19 statewide, and 29 deaths attributed to the virus.

"The peak will come to Minnesota. We are still early on," the governor said Friday. "You have made it possible to push it out further, which has gained valuable time. But it will come."

Model behavior: Estimates of COVID-19 spread ‘all over the place’

Bars, restaurants, theaters and other places of amusement were the first to close when Walz began making executive orders in mid-March. They've been followed by nonessential workers across several industries, including hair salons and health care employees.

More than 320,043 Minnesotans have filed for unemployment since March 16. That represents more than 10 percent of the state's overall labor force.

Where to find FOX 9+