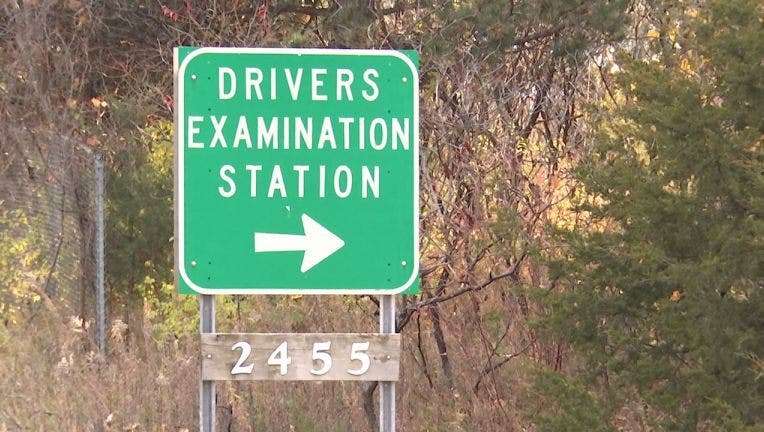 ST. PAUL, Minn. (FOX 9) - Minnesota regulators are weighing changes to driver's tests, like consolidating exam stations, opening on weekends, and farming out trucking exams to third-party companies, to reduce a growing backlog amid the coronavirus pandemic.

At least 12,500 tests for regular drivers' licenses have been canceled since Gov. Tim Walz imposed a stay-home-order on March 27, and another 89,500 tests will be needed by the end of the year, according to a Driver and Vehicle Services memo obtained by FOX 9.

The DVS memo, written May 11, lays out a series of plans and proposals to deal with the backlog. But Republican senators call it inadequate, and are seeking more sweeping changes in the final week of the legislative session.

Walz is allowing his stay-home order to expire on Sunday night. A DVS spokesman initially refused to say on Thursday when exam stations would reopen. But Friday, the agency announced that road tests would restart May 26.

The thousands of applicants who had road tests canceled will be given priority. DVS will not schedule road tests for the general public, said Megan Leonard, a spokeswoman.

Under the plan, DVS would consolidate 93 exam stations into 15 regional hubs, including five in the Metro: St. Paul Town Square, Arden Hills, Anoka, Eagan and Plymouth. The hubs will focus only on knowledge and road tests and divert all other license services.

DVS is asking Minnesota lawmakers to let third-party companies do commercial drivers license (CDL) exams so state examiners can focus on regular driver tests. The agency is also asking for legislative approval to waive vision and photo requirements for the next 12 months, and to impose a "no-show" fee on Minnesotans who don't show up for an exam.

"Our system is going to be completely overwhelmed unless we do something significant to reduce the anticipated backlog," said state Sen. Scott Newman, R-Hutchinson, who chaird the Senate Transportation committee.

The legislation would let any driving school or other business perform tests, as long as their examiners go through the same training as state staffers.

Democrats said state examiners were the best suited to do testing and raised concerns with third-party companies taking over the duties.

"I think it’s a terrible idea. It’s a public function. It ought to be done by the public," said state Sen. John Marty, DFL-Roseville. "There are truly conflicts of interest in this."

Separate legislation from state Sen. Jeff Howe, R-Rockville, would allow Minnesotans to get a drivers' license without taking a road test. A person would then have to pass a road test before getting a license renewed.

The waiver proposal is similar to a measure that Wisconsin has adopted, but it comes with safety concerns.

State Rep. Frank Hornstein, who chairs the House Transportation committee, provided state data indicating 28 percent of 16- and 17-year-olds failed their road tests over the past year.

"There's a reason why we have these tests," said Hornstein, DFL-Minneapolis. "I just cannot agree with this type of proposal because I just think it is an incalculable risk.”

Leonard, the DVS spokeswoman, said the agency had "safety concerns" when asked about both pieces of legislation. The legislative session ends Monday.

Under the DVS plan, all 15 regional hubs will be open extra hours -- from 7 a.m. until 5:30 p.m. -- for the first four weeks after reopening. Weekend hours are possible, the memo states.

DVS is also asking for 30 redeployed staff, an exemption to the state's hiring freeze to fill 29 open positions, and may hire back recently retired examiners on a temporary basis.

Republicans said more significant changes were needed because DVS has long struggled to keep up with testing demands.

"Even when we didn’t have COVID, I had to take my kids back to the county I grew up in in order to get a test in less than three months," said state Sen. Michelle Benson, R-Ham Lake.