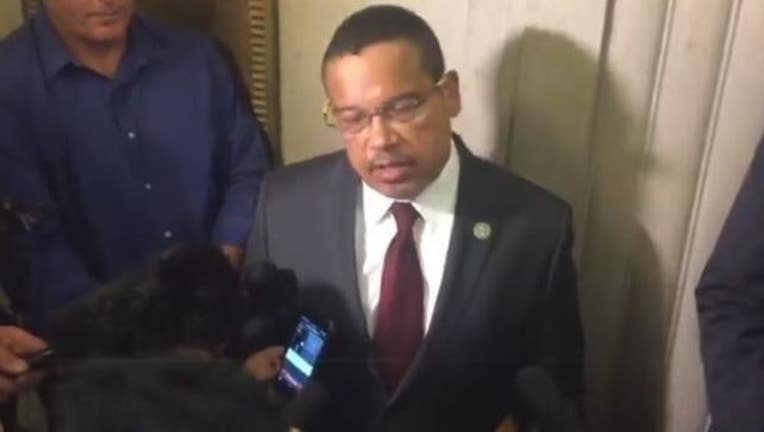 (KMSP) - The Minnesota Democratic Farmer-Labor Party is asking the Minneapolis Police Department to investigate the claims of domestic abuse made against U.S. Rep. Keith Ellison.

The request comes after an attorney hired by the DFL found the allegations made by Karen Monahan, Ellison’s ex-girlfriend, “unsubstantiated.” In August, Monahan accused Ellison of physically abusing her in 2016. She claims she has video of an incident in which Ellison drags her off a bed while yelling obscenities at her.

The DFL said they sent the investigation report on the allegations to police. They are asking police to investigate the claims and determine whether any criminal conduct occurred.

The department said it is in communication with other law enforcement agencies who it may refer the case to.

Dakota County Attorney James Backstrom said he would be willing to review the case if a police investigation is completed, since the Minneapolis City Attorney Susan Segal would also have a conflict of interest.

Ellison has denied the allegations, saying they never happened. He is running for Minnesota Attorney General.