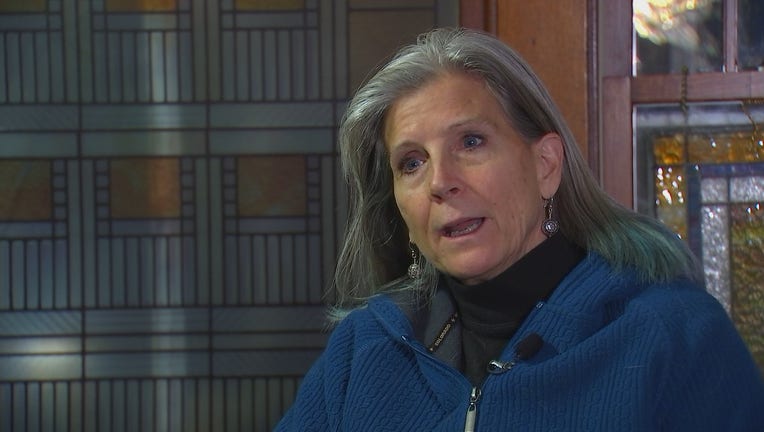 A Minneapolis woman says her electric wheelchair and adaptive bicycle were stolen from her Northrup neighborhood garage in Minneapolis. (FOX 9)

For the last six years, an electric-powered wheelchair has been Mary McMenamy’s main mode of transportation. Now, the wheelchair she uses whenever she leaves her Northrup neighborhood house is gone.

For the last six years, an electric-powered wheelchair has been Mary McMenamy’s main mode of transportation.

“There’s a special place in hell for people who steal from people like me,” McMenamy said.

She said she left to run errands Monday morning and noticed the service door to her garage had been kicked in. Someone had taken her spare electric-powered wheelchair and her adaptive hand-pedaled bike while damaging her wheelchair accessible van in the process.

“I couldn’t believe it,” she said. “My brain didn’t even process it until I went in and I thought, whoa, what happened here?”

McMenamy says she uses the spare wheelchair whenever she travels or when she can’t use her regular one.

It’s valued at $25,000, but since it was the first wheelchair she got after she severed her spinal cord in a car accident on her way to a duathlon in Cannon Falls, Minn. in 2013, its sentimental value is priceless.

McMenamy says there were a handful of other garage break-ins on her block the same night, but her’s was the only one where something of value was stolen. She wants it back as soon as possible.

“I need that chair,” she said. “It’s the wrong thing to take from someone else their means of mobility. Who does that?”

McMenamy said the wheelchair is 450 pounds, so she believes whoever took it knew it was there. She is worried they will try to sell it.

She has filed a police report and notified neighbors about the incident.