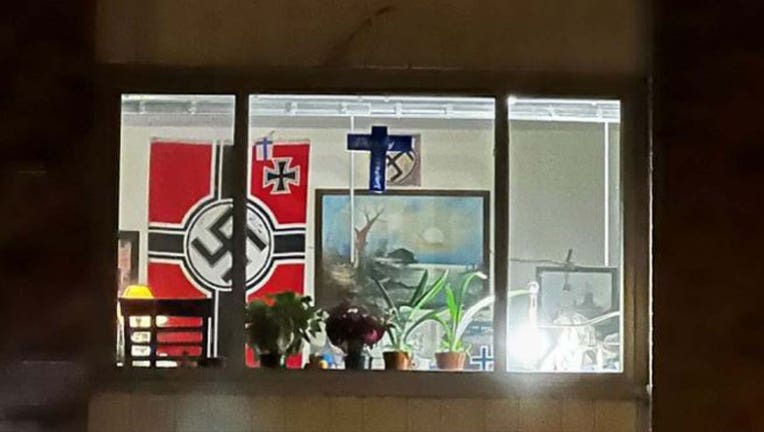 MINNEAPOLIS (FOX 9) - An attorney for a Minneapolis apartment building has filed to evict a tenant for displaying Nazi symbols.

Sela Investments, owner of the apartment building on Dupont Avenue South, is seeking to have the tenant evicted for "hanging, displaying and promoting offensive, violent, and dangerous materials in the apartment and on and through the windows of the apartment," according to an eviction complaint filed Thursday afternoon.

"Defendant is displaying and promoting Nazi symbols and its flag to cause fear, intimidation, and reprisal against other residents and (Sela Group)," the attorney wrote. "Defendant's conduct constitutes a nuisance and interferes with the comfort and enjoyment of other residents."

The apartment cites several violations of the lease, writing that the tenant's conduct may incite acts of violence against other tenants and the apartment's staff.

Amy Gonyea, general manager of Sela Investments, says the property was first notified about the flag on March 1, but couldn't see it anywhere when they looked. They got another call about the flag Thursday morning and went over there again.

The eviction filing comes after a photo taken from outside the apartment circulated on social media earlier in the week.