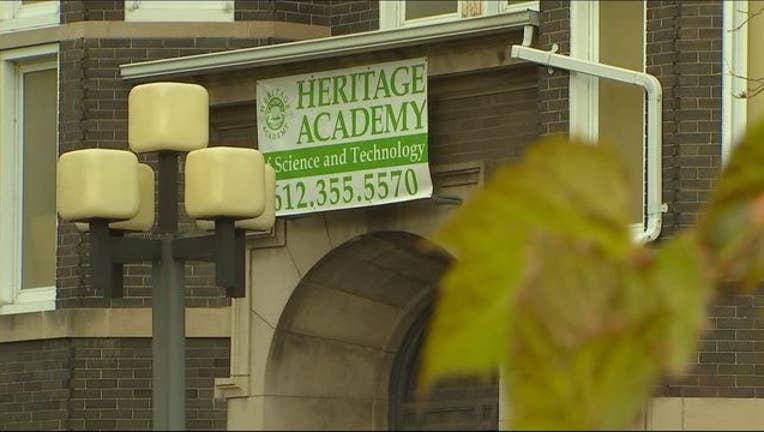 In a letter to students, the interim superintendent writes, "Many of you expressed concerns about student safety and governance. We share those concerns and decided to step in."

Somali community members met Sunday night and called for unity, but that unity did not last long.

Emotions ran high as Abdi Abdulle, a teacher and counselor at Heritage Academy, tried to speak. He believes bad leadership and safety concerns make the takeover a smart move, especially given the schools less than stellar graduation rates and proficiency levels.

“We really appreciate the district stepping in, and we have their back and the majority of Heritage parents are in support of their decision,” Abdulle said.

On the other side is Iman Hassan Mohamud, a parent and member of the volunteer board that is overseeing the school. He told Fox 9 the district's recent fast move was a shock and that they did not give the board enough time to make improvements.

“We're still willing to work with the district to save the school and also the mission of the school,” Mohamud said.

The differences of opinion on the takeover reflect the unease in the Somali community, where they value raising American children to still recognize their Somali heritage. Now, a school with the word “heritage” in its name is going to feel a little different moving forward.

The district takes over the school on November 1.However, the staff and schedule will remain the same, and the district says students should not feel any major change.