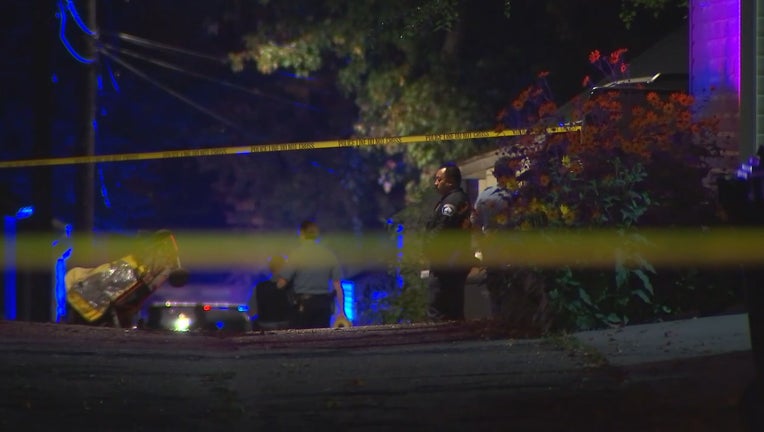 In a matter of minutes, police were called to three shootings overnight in Minneapolis. (FOX 9)

MINNEAPOLIS (FOX 9) - Minneapolis police are investigating after two are hurt, and one is killed in three separate shootings in the city during a span of 24 minutes.

Police say the first shooting happened at 2 a.m. on Sunday morning on the 300 block of West Broadway. Police say a vehicle seen leaving the scene of that shooting showed up at North Memorial Medical Center with a man who was suffering from a non-life threatening gunshot wound.

Minneapolis police are investigating after two are hurt, and one is killed in three separate shootings in the city during a span of 24 minutes.&nbsp;

About 20 minutes later, at 2:23 a.m. police responded to a shooting at the 4300 block of 46th Avenue South. Police were called to the area and when they arrived, found a man in his 30s suffering from a gunshot wound. He was taken to the hospital where he later died.

One minute later, at 2:24 a.m. police in the downtown area heard gunshots coming from the corner of 4th Street North and 1st Avenue North. A man with a non-fatal gunshot wound walked into the Hennepin County Medical Center a short time later. Police believe he was the person shot in the incident downtown.

“When you have three serious incidents all coming that quickly together it does strain our resources. The chief has asked for additional officers and we continue to do the absolute best with what we’ve got for resources,” Minneapolis Police Spokesperson John Elder said.

Minneapolis Police confirm their office is down dozens of officers who are either retiring or on medical leave, forcing them to shuffle resources to respond to crime.

“We have de-staffed certain units, cut back certain units to be sure we have the staffing available to meet the needs of the city,” Elder said.

Elder says they are also reallocating resources to different precincts depending on what they’re responding to at any given time. He says they also utilize help from law enforcement partners like the Hennepin County Sheriff’s Office, Park Police and Metro Transit Police when necessary.

The shootings come just hours after several community groups hosted a Gun-Buy-Back and peace walk evens in Minneapolis on Saturday.

“Those were the ones we were trying to solicit to get through the door, right? Illegal guns. Out there doing god knows what. And taking another life because you don’t cherish your own,” CEO Wellspring Second Chance Center, one of the groups involved in the buyback event, Deseria Galloway said.

Galloway says they were able to collect more than 40 guns at their event on Saturday, but those efforts don’t get to what she calls the root of the problem: repeated traumas in communities.

She says with the impacts of COVID-19, the death of George Floyd, the unrest that followed, and now an increase in gun violence, people, especially teens and young adults, are experiencing trauma, and are turning to dangerous, sometimes violent, coping mechanisms.

“Every time we get passed one thing, another thing majorly happens and when that happens, repeated trauma, to anybody, it makes it difficult for people to do that bridge of recovery,” Galloway said. “It does say that we have more work to do. We can’t stop."

Minneapolis police say Sunday’s homicide is the 63rd in the city so far this year. In all of 2019, the city saw 48 homicides.