There are two houseboats moored off Nicollet Island, and they were warned that they had to leave by Thursday or enforcement action would be taken. However, in an interview with FOX 9, one of the owners said the houseboat is his home and he’d like to stay.

MINNEAPOLIS (FOX 9) - There are two houseboats moored off Nicollet Island, and they were warned that they had to leave by Thursday or enforcement action would be taken. However, in an interview with FOX 9, one of the owners said the houseboat is his home and he’d like to stay.

Cory Parkos is the first to admit that life on a houseboat comes in waves.

But despite those nights, Parkos happily calls his houseboat his home. He’s moored the boat on the Mississippi River off Nicollet Island for 15 years and rented nearby before that.

But his future there is looking murky. On Thursday morning, the Minneapolis Park and Recreation Board cut the power to his boat and the houseboat next door, and gave them citations. 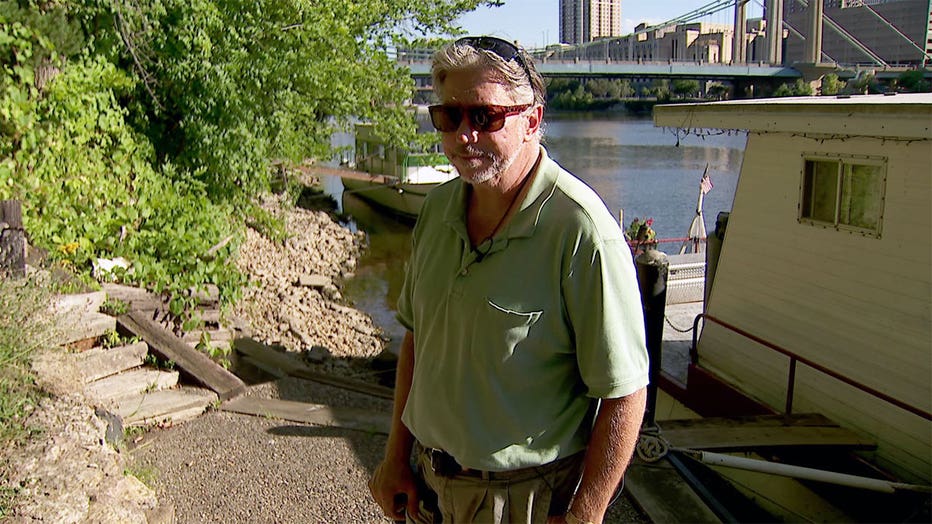 Captain Cory Parkos and his houseboat at Nicollet Island. (FOX 9)

The board sent FOX 9 a statement saying in part, "The MPRB has an ordinance that prohibits anyone from mooring any boats in the Mississippi River abutting or adjoining any park or parkway. The MPRB does not have any agreement or permits with the owners of the two houseboats moored at Nicollet Island."

Parkos is better known as "Captain Cory" through his local business, Minneapolis Water Taxi. Not only is the houseboat his home address, but Parkos also keeps his water taxis moored to the houseboat.

He said the board has offered Boom Island as an alternative for the water taxis but not the boat itself.

"If they kick me out, the Hennepin County sheriff says ‘you gotta go,’ then I'll go. But in the meantime, we'll see what the final decision is," he said. 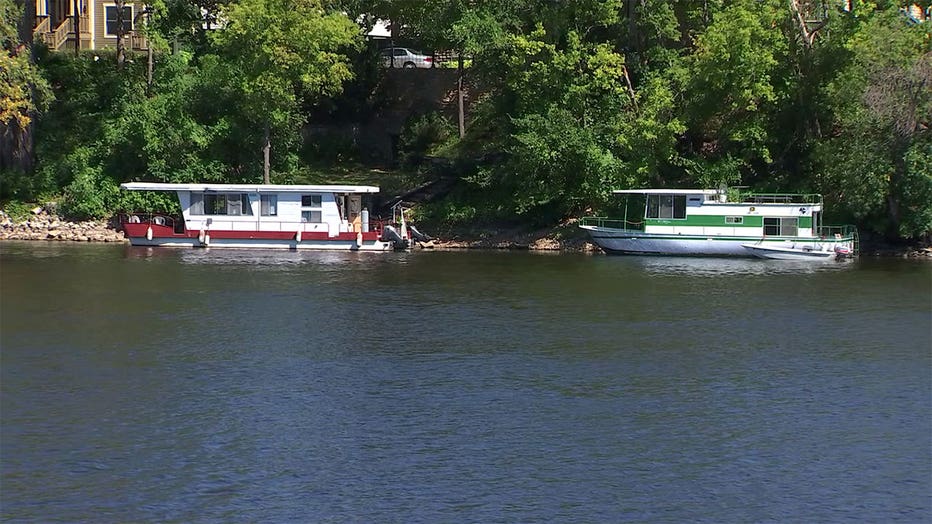 Parkos is still weighing whether to take legal action. But he said his bigger concern is for the future of the piece of land off West Island Avenue where he's moored and whether the public will continue to have access to the land.

"We'll have to find out what the actual legal status is of this beautiful quay is because we don't want to destroy it," Parkos said.

Here’s more of the board’s statement to FOX 9:

"For several months, the Minneapolis Park and Recreation Board (MPRB) has been responding to houseboats that have been moored on MPRB property on the river without having permits from the MPRB to do so. On July 28, the Minneapolis Park and Recreation Board sent letters to houseboat owners advising them they need to unmoor their boats and remove them from Nicollet Island by September 1, 2022. Houseboat owners were informed that if they failed to do so, enforcement action would be taken by the MPRB beginning today, including removal of power."