Minneapolis neighbors came out to their sidewalks and took a knee for 8 minutes and 46 seconds for George Floyd.

MINNEAPOLIS (FOX 9) - Minneapolis neighbors took a knee outside their homes at 1 p.m. for 8 minutes and 46 seconds in honor of George Floyd during his private memorial service Thursday.

The movement began on Nextdoor and Facebook among Minneapolis neighbors. The 8 minutes and 46 seconds are how long Floyd’s neck was restrained by Minneapolis Police Officer Derek Chauvin during his deadly arrest on Memorial Day. 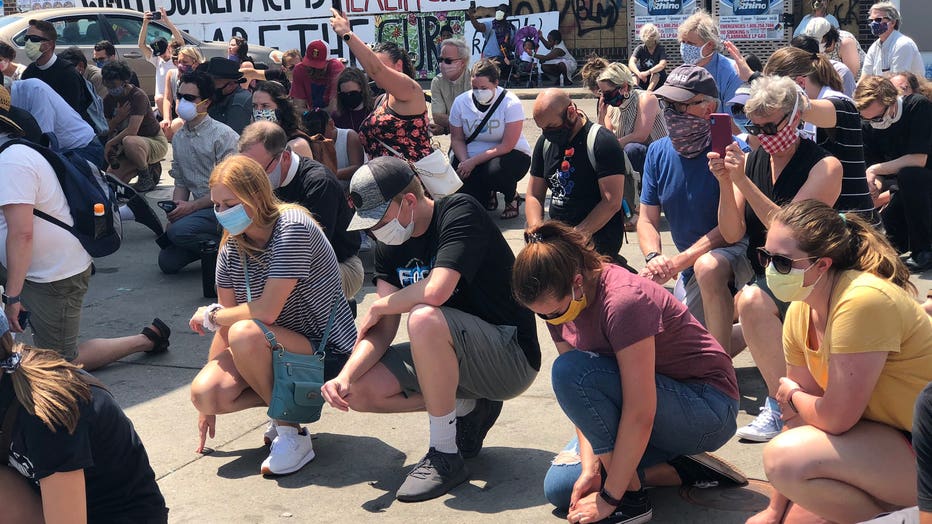 Floyd’s memorial service at North Central University was not open to the public, so the neighbors thought the best way to pay their respects was through a collective kneel-down or prayer for nine minutes when his memorial begins.

The city of Robbinsdale will also pay its respects to Floyd by ringing its church bells following a moment of silence beginning at 1 p.m., too.

The city of Minneapolis also announced a tribute to Floyd Thursday, deciding to fly flags at half-staff at the Hennepin County Courthouse and Minneapolis City Hall.