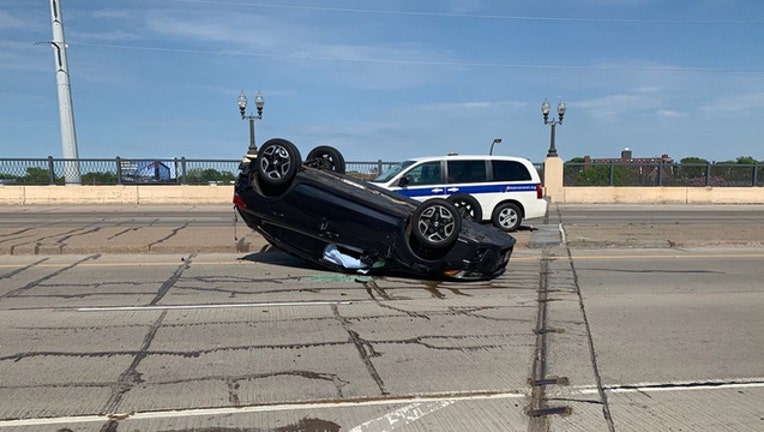 MINNEAPOLIS (FOX 9) - Metro Transit is recognizing two employees who jumped into action after witnessing a rollover crash in Minneapolis.

According to Metro Transit, on May 17, Principal Contract Admin Mark Lanthier and Associate Engineer Claire Warren responded to Hiawatha Avenue when a woman’s vehicle was rear-ended and flipped, leaving the woman suspended upside down in the vehicle.

When they arrived on the scene in a fleet vehicle, Lanthier and Warren began directing traffic and checking on people involved in the crash. According to Metro Transit, Lanthier "pried open the door of the vehicle and safely removed the woman from the driver’s seat."

The woman walked away with a sore hand and a few bruises and later delivered cookies to thank Lanthier for showing “incredible kindness and steadiness in a traumatic moment,” officials wrote.